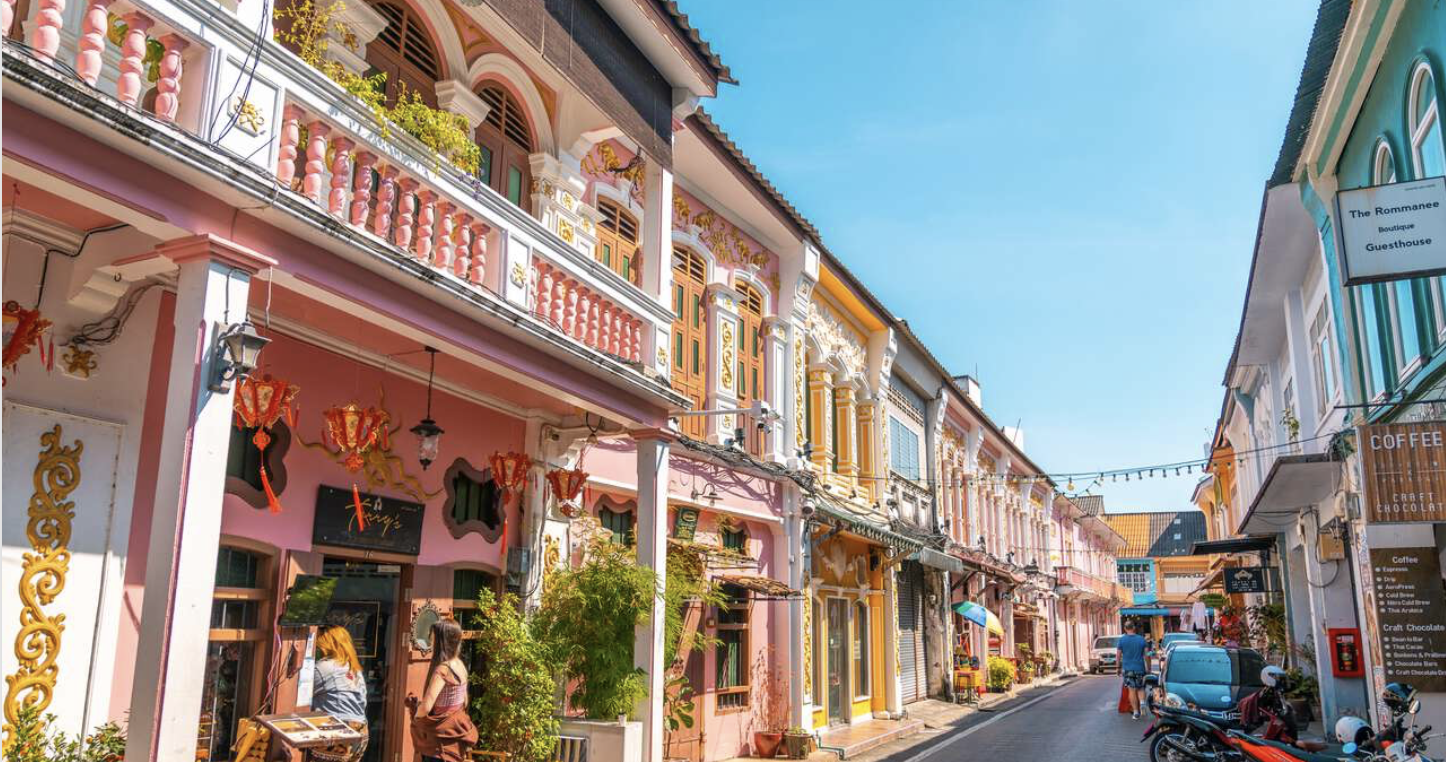 Phuket Town is the island’s commercial hub, mostly frequented by Thais and Thai tourists, but increasingly, drawing more international tourists to its many shops and galleries on Phuket’s east coast.

Although much of the town is like much of any other Thai commercial centre, the focus is the Phuket Old Town (or Old Phuket Town… no ones ever decided on the actual title), the original commercial hub when Phuket was a trading port with its fish-mash of Chinese and European traders passing through. 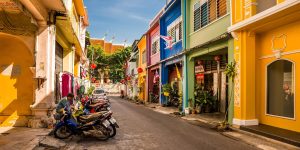 Wandering around Old Phuket Town will fill an entire day if you want to sample many of its local charms. 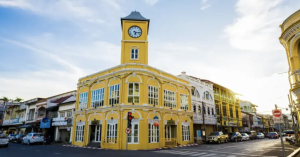 Visit the Phuket Trickeye Museum, an interactive 3D art gallery and paying your respects at the Jui Tui Shrine, a colourful and historic Chinese temple, as well as the renovated and restored On On Hotel, which was used for the filming in the 2000 movie ‘The Beach’ which was shot around Phuket and the Koh Phi Phi islands. 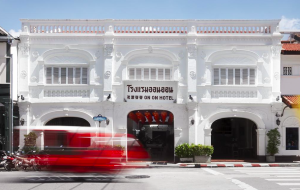