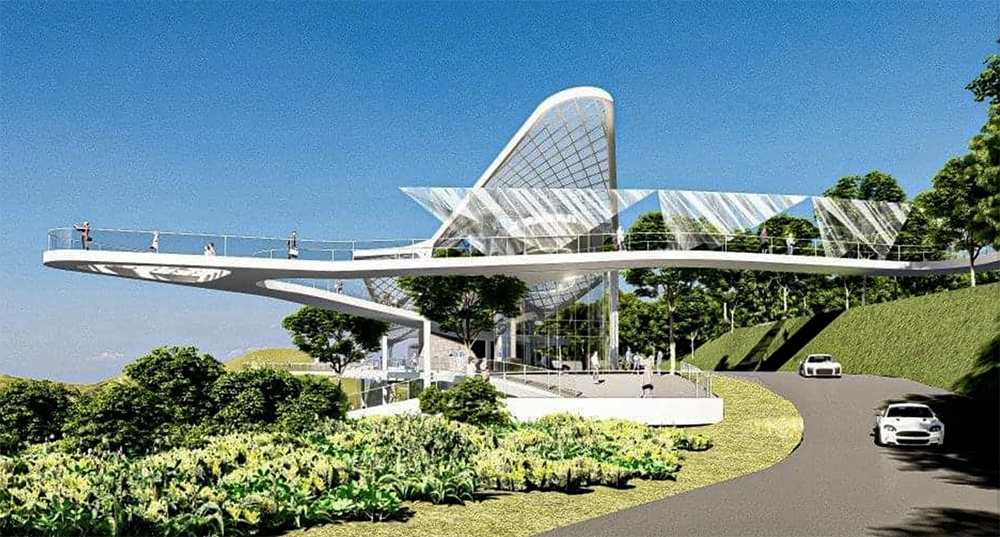 Tuesday’s Rawai community meeting agreed to get behind the latest project, the Khao Daeng Glass Bridge, which is expected to be Phuket’s newest landmark and tourism attraction in Rawai.

President of Phuket Provincial Administration Organisation, Rewat Areerob, said that it was good to have the Rawai community behind the project.

“It will be beneficial to local people and that now the project is under study and design process. The meeting was held at Sunsuri Hotel in Rawai and was attended by Rewat who presented the design of the bridge to attending members of the Rawai community.

Rewat said that the PPAO aims to build a new landmark for Phuket to attract travellers, both Thai and international. He noted that there are still a lot of tourists that haven’t visited Phuket. He said there are two marked locations, including the glass Bridge, Khao Deang, in Rawai and the proposed glass terrace, on Surin Beach.

A major attraction in Rawai would draw additional visitors to the south of the island – most of Phuket’s tourists frequent the west coast beach areas of Patong, Kata/Karon, Kamala and Surin/Bang Tao.

The PPAO has already hired a consultant company to study and design the projects while also filing a proposal to use the space with the government and Forestry Department.

“This process will finish before August and the design should be completed before the end of this year, according to the contract.”

Rewat mentioned that the meeting was a public hearing for local people in Rawai to hear their opinions to adjust the proposal for the bridge project, public amenity, parking, etc.

The estimated budget is 200 million baht. 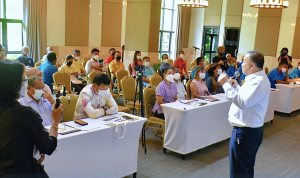