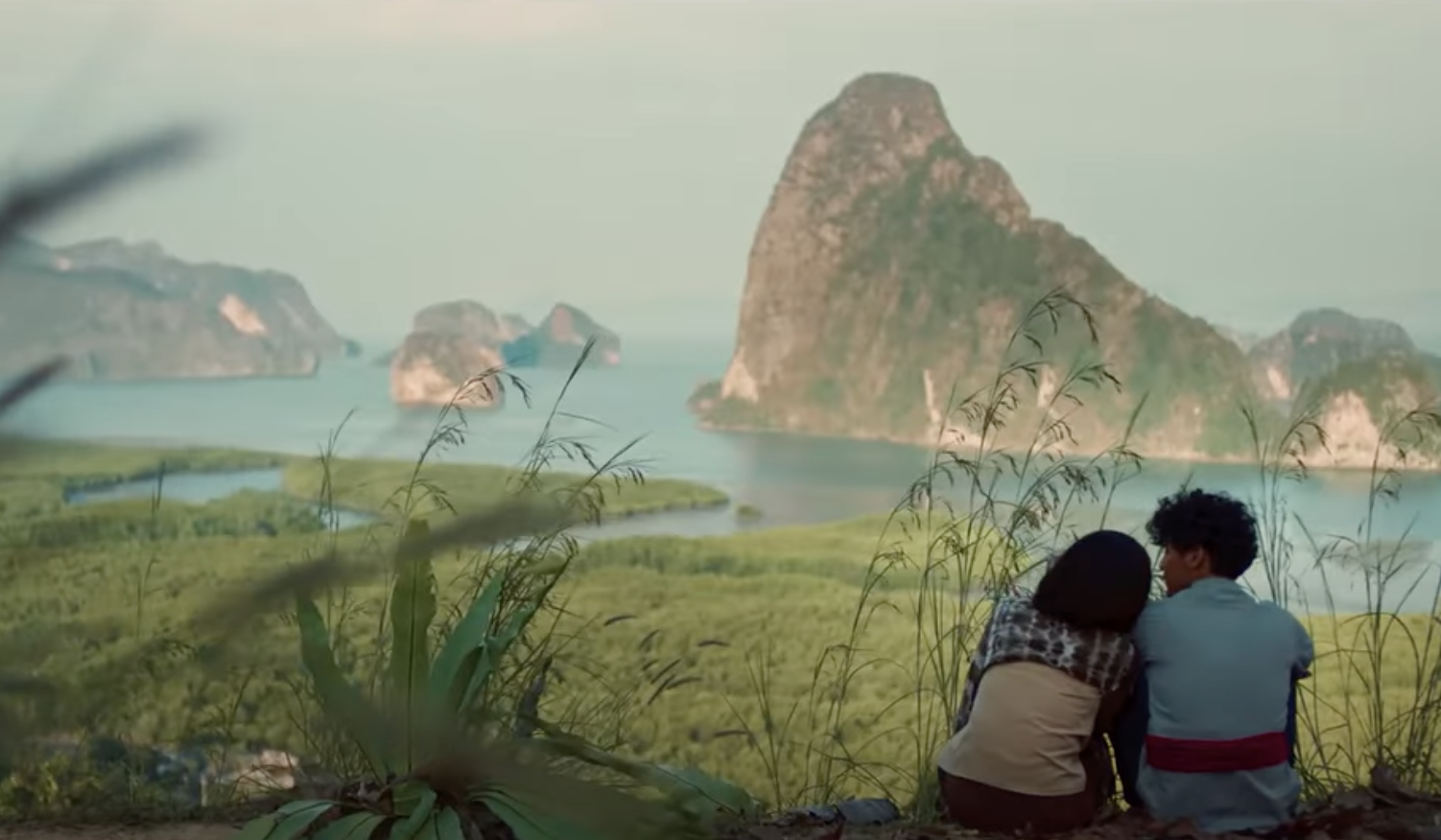 A heart-wrenching true love story, “Sarasin Bridge Love 2216”, has now been adapted into a new film set to hit Thai cinemas this Friday.

The film, directed by renowned southern Thai artist Ekkachai Srivichai, was officially unveiled at the Sarasin bridge in Tha Thatchai, at the northern tip of the island. The story, set in 1973 Phuket, follows the doomed romance between Baht bus driver Dam and the young and beautiful teaching student Gew. Despite their love for each other, their families opposed their relationship due to their differences in social status – a love story for the ages.

The couple ultimately chooses to end their tragic love story by taking their lives by jumping off the Sarasin Bridge, tied together with a traditional Thai loinvcloth – forever. The themes of the film are similar to Shakespeare’s “Romeo and Juliet.”

The 600 metre bridge has been built twice, first opened in 1967 and then a more modern and wider version in 2011. The older version of the bridge is now used as a pedestrian thoroughfare. (So the newer bridge had to be digitally removed for the film).

You can watch the preview HERE.

PHOTO: The real Dam and Gew.

Poem from the film (translated)

When love is not decorated with petals,

The beginning of the love story

That comes from the power of love

And the blending of society Thus,

it leads to loss without return.

The young couple tied themselves with Thai loincloth, then jumped off the Sarasin bridge.

“Dam, a young man and a local bus driver and rubber farm worker, falls in love with a Teachers College student, Gew. Dam doesn’t earn much and lives ‘hand to mouth’ while Gew was born into a wealthier family.

Of course Gew’s father believes that Dam’s love is not good enough for his daughter.

Gew’s father dictated his daughter’s life and was very fussy about who she was hanging around with. He wanted Gew to be married with a more wealthy and monied suitor, not poor man like Dam.

But Gew and Dam didn’t’ give up.

They tried to Gew’s father understand about how much they loved each other. But the father was stubborn and failed to accept his daughter had fallen in love with a young man from a ‘lower class’. He would lock Gew inside the house, even verbally and physically abused her.

Dam and Gew eventually used the bridge as the backdrop for their final farewell, as a couple in love.