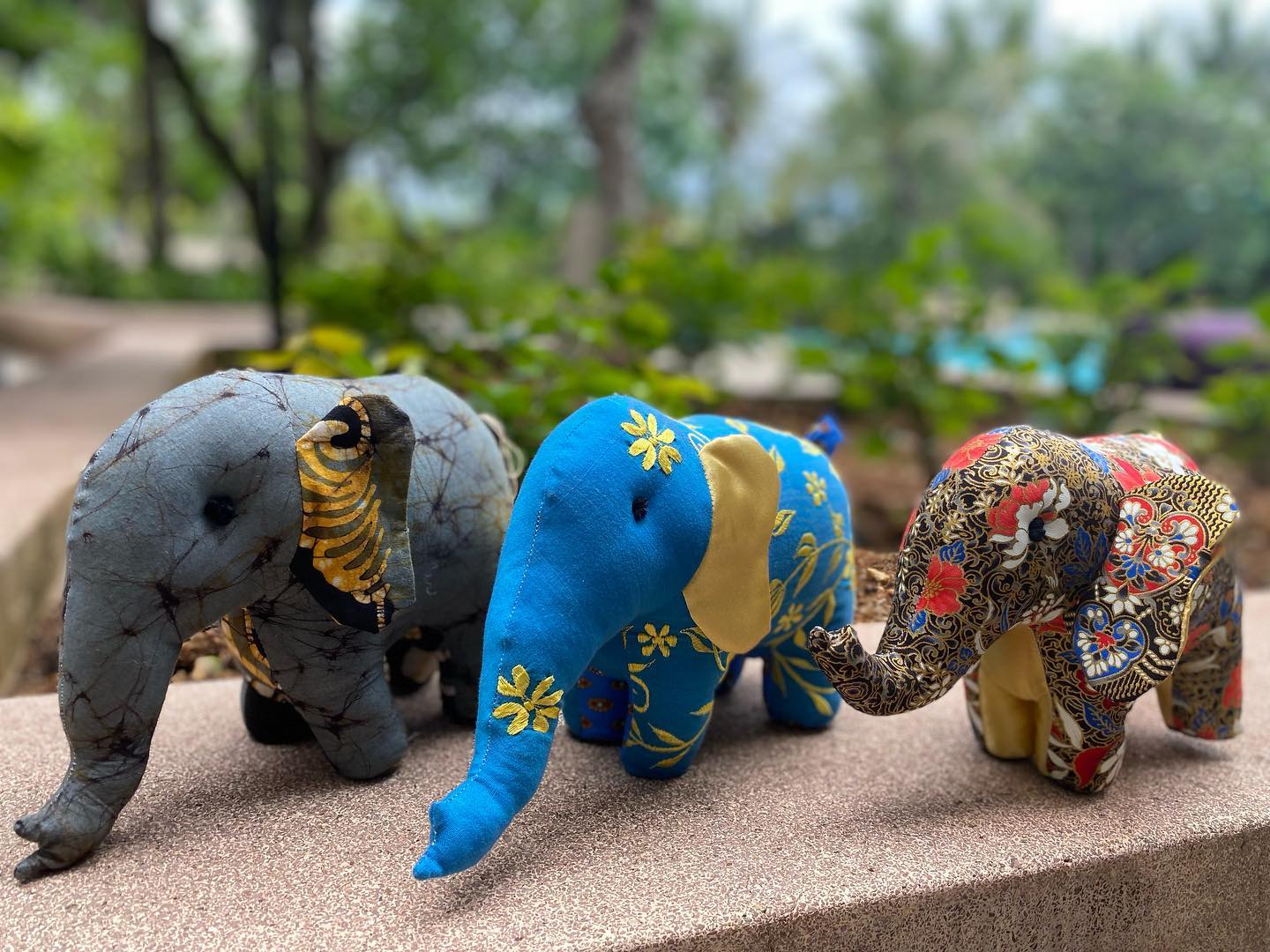 Sam McCue always wondered what her personal mission was going to be. Now she says she’s found it – the Seeds of Change in Phuket. And it involves helping people make a career start and providing some natty souvenirs for fans of Thailand’s national animal, the elephant.  Assisted by Living Waters Phuket, the Seeds of Change project has been able to thrive and grow, even during the depths of the Covid pandemic and its catastrophic effect on many businesses on the island.

Having originally arrived in 2011 with her husband, Sam started volunteering with different organisations around the island.

Back in 2013 Karen Ellison started teaching Burmese ladies to sew, initially to make clothes for their own kids. In 2016 Sam joined in and helped to broaden the goals of the group, including teaching the Burmese children from the BanYa Literacy Centre in Thalang.

Covid arrived and the project came to a standstill because the kids couldn’t meet and attend the workshops. So, like everyone else, Sam turned to tech and kept the project going, remotely. It continued to be a stop-start situation as things slowly opened up, the closed down again, eventually re-opening and going into full swing.

Inspired by elephant parks on the island, and the love of Thailand’s national animal, the project played with the idea of creating toy fabric elephants, initially about 20 centimetres high. They turned out to be a big hit.

Seeds of Change rely on fabric remnants, donated, up-cycled or repurposed. The bright, colourful patterns on the donated fabric suddenly had a second life as one of the project’s toy elephants, made with love and emerging from the foundations of teaching others to sew.

Sam first innocently posted a photo on social media of one of the early test runs of the fabric elephants. Somebody asked to buy one. More interest followed.

And so the Seeds of Change project was born. Sam was suddenly inundated with feedback for the cute little elephants.

“We had recommendations, hotels were emailing us, contact with friends and their friends. There were some beautiful moments of encouragement and support.” 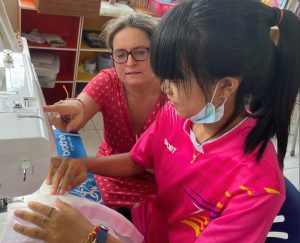 “As of Speptember we’ve produced and sold over 1,000 elephants to places as far and wide as Australia, Prince Edward Island in Canada, Scotland, UK, London, Japan and the US.”

As Sam and her team have honed and developed the actual toy fabric elephants, so too has been the fine tuning of a workable and sustainable business model.

“We’re now looking to manage the growth. Projects like a request for 150 gift sets for Bosch Asia, who were hosting an event in Thailand, forced us to become better at what we did, in all areas.”

Seeds of Change are developing consignment deals with hotels around Thailand, they have their own Facebook page and online shop, distribution to souvenir shops…

“Even our own shop donated by the Novotel Avista Resort and Spa in Kata.” 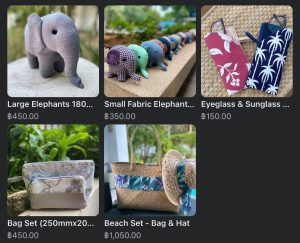 Seeds of Change is now able to financially help the people that have been the core of the production team. Now Sam is training people with scholarship being provided by charity groups like Living Waters Phuket.

“We now have seven paid workers and three volunteers, and some other ‘helpers’. But who knows where it’s going to end up. As the demand grows, so too will our Seeds of Change team.”

For their part, Living Phuket Phuket has acted as an umbrella for Seeds of Change, helping to guide their growth and with networking to business and ongoing support.

The Seeds of Change project, having been hatched in the middle of the Covid pandemic, and even grown and thrived, is now looking for a new home as it continues to grow and support more Burmese families.

They are looking to take over a property in Koh Sirae, on the east coast of Phuket, which will give them plenty of scope for growth into the future.

Sam says she has emerged from the past two and half years with a real purpose, found her ‘thing’ that she was looking for in her life.

“Now I can teach people to sew and feel like I’m making a difference to people’s lives. And I’m having the time of my life doing it!”.

If people would like to order a fabric elephant, or other products, donate fabrics, volunteer or even have something made, contact Sam HERE.