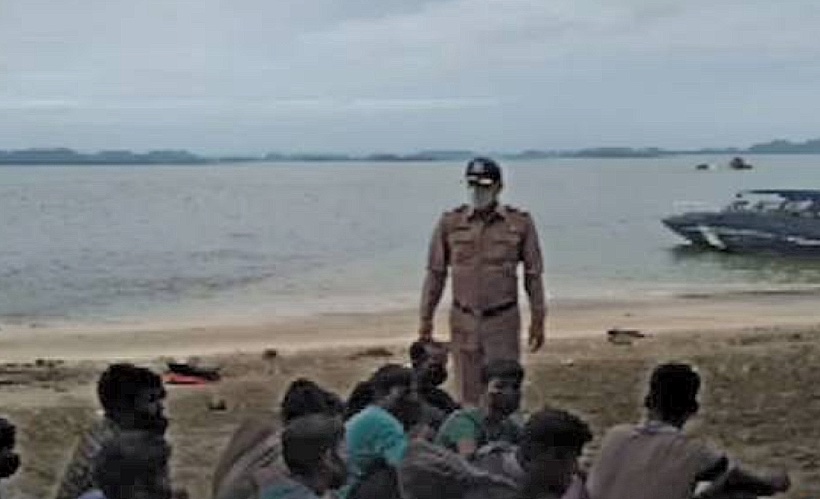 Rohingya refugees in Thailand off Satun

Thai officials have discovered more Rohingya on a small island off the southern province of Satun in the Andaman Sea after Thai fishermen rescued 10 people floating in rough seas off the coast this morning.

Another 41 Rohingya were then found on the island nearby. The Rohingya are fleeing from Myanmar’s Rakhine state after years of turmoil and violence directed at them from the Burmese Army and Buddhist factions.

Officials reported that the 10 Rohingya, including families and children, were undernourished and dehydrated. Officials estimate they would have been at sea for over a week, probably trying to reach Malaysia in search of work.

The group was then taken to the Thai mainland for questioning as to how they arrived in the area and how the ten pulled out of the water by the Thai fishing trawler ended up in the sea.

The group told officials that they left Myanmar’s Rakhine state by boat heading to either Malaysia or Sumatra in Indonesia. They said they encountered storms as they were heading south which forced them to abandon their boat.

But Thai immigration officials doubt the group’s story and suspect more Rohingya may be hiding on islands off the Satun coast and later found 41 more people on Koh Kluay.