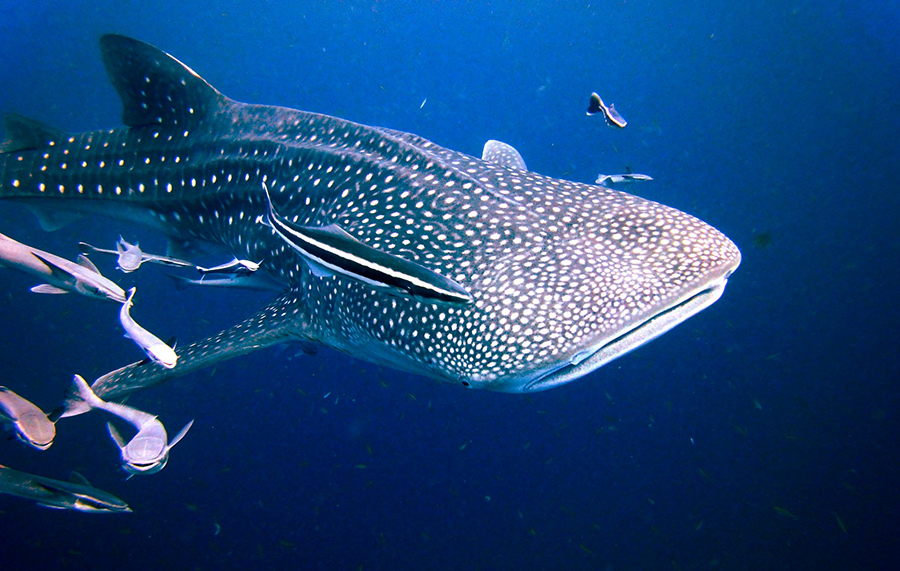 Several whale sharks have been spotted off Koh Pha Ngan in Surat Thani province, to the delight of environmentalists. The whale shark is large and slow-moving and the largest fish species still in existence. It does however, face the threat of extinction, and is therefore a protected marine animal.

The whale shark is predominantly found in tropical waters and rarely seen in colder water temperatures below 21° Celsius or 70° Fahrenheit. It is of no threat to humans, feeding mostly on plankton and small fish.

The Phuket Express reports that Sittiroj Kaewnongsameta, vice president of the Pha Ngan Sea Guardian Association, has welcomed the sight of the giant sea creatures, saying their presence shows there is plenty of marine resources to be found in the waters around Thailand.

“This week while we were diving under the sea, we found two whale sharks. One was four meters long and another was six meters long. This shows that the sea has plentiful marine resources. Koh Pha Ngan not only has the famous full moon party but also has beautiful underwater scenery too.”