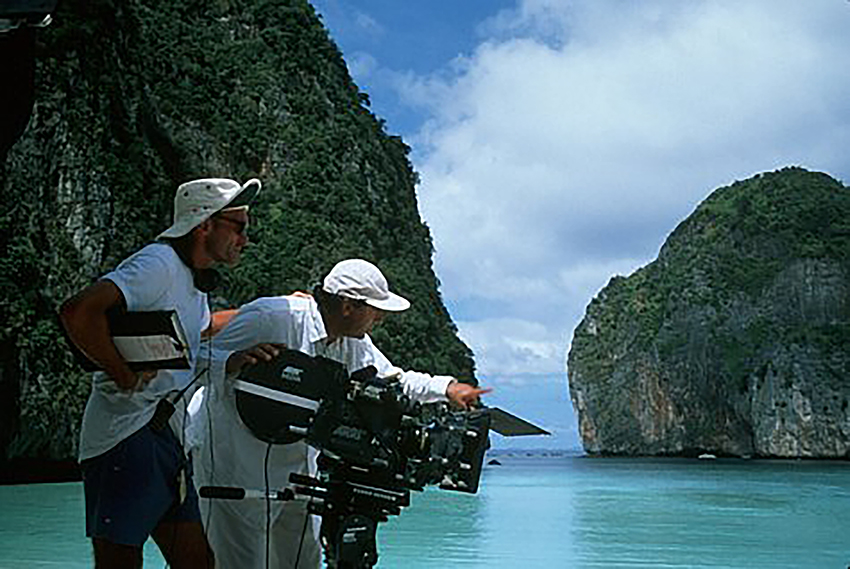 Filming of The Beach at Maya Bay. Photo: Backpack Bob

Thailand’s Supreme Court has ordered the Royal Forest Department to rehabilitate Krabi’s Maya Bay, the final verdict in a case that’s been dragging on since 2012. However, the court upheld the acquittal of the department and its former director-general, Plodprasop Suraswadi, along with former Agriculture Minister, Pongpol Adireksarn, on charges of violating the National Park Act by allowing the movie The Beach to be filmed on Koh Phi Phi Leh in 1999.

According to a Thai PBS World report, the court has ordered the Royal Forest Department to restore Maya Bay and the island of Phi Phi Leh, using funds generated by the production of the film. The Danny Boyle-directed movie starred a young pre-Dad bod Leonard di Caprio and brought the beauty of Maya Bay to the attention of the world, turning it into one of Thailand’s most popular tourist destinations.

During yesterday’s hearing, the Supreme Court upheld a 2018 agreement signed by both Twentieth Century Fox and Santa International Film Productions, agreeing to provide 10 million baht to restore the famous bay. The work was to be carried out by the Royal Forest Department, which was to provide a progress report once a year for 3 years.

The case dates from 1999, when 17 environmentalists and a number of Krabi officials, including the mayors of Krabi province and of Ao Nang sub-district, filed a suit with the Civil Court against Plodprasop, Pongpol, Twentieth Century Fox and Santa International Film Productions.

They claimed filming of The Beach had destroyed the landscape and environment of the beach at Maya Bay. At the time, they were calling for production to be suspended and 100 million baht for the restoration of the island. The lawsuit brought by the plaintiffs alleged that the production companies had used heavy equipment to change the landscape and replaced native plants with coconut trees.

(It might also be argued that the popularity of the film put Maya Bay on the world tourist map, attracting up to 1.7 million foot-stamping tourists to the fragile economy each year)

The case was accepted by the Civil Court in 2012 and subsequently went through 3 courts before yesterday’s final verdict was issued.

Maya Bay, which is now closed every low season to allow the marine environment to recover, is scheduled to re-open to visitors from October 1.