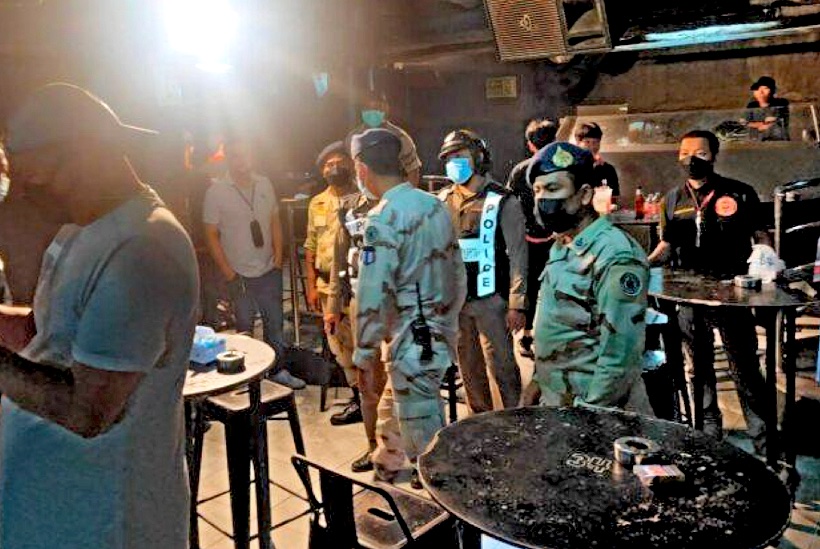 Closing times of nightlife venues has become a front page issue since the hours have slowly been extended since being allowed to reopen in the middle of this year. Hookah bars, or Shisha bars, officially illegal in Thailand, are also coming to the attention of police as nightlife venues start to reopen around the country.

A hookah lounge (also called a shisha bar or den, or a hookah bar) is an establishment where patrons share shisha (molasses-based tobacco) from a communal hookah or from one placed at each table or a bar – Wikipedia

Currently, the official closing time, in tourist zones around the country, is set at 2am, assuming all the other licensing is up to date.

The 45 year old manager of a small venue in Koh Samui has been arrested for allegedly opening the venue “without a permit, selling alcohol past the legal time limit, illegal possession of Shisha and firearms and drugs being found at the venue”.

Bo Phut Police raided the ‘Dream Land’ venue early this morning arresting a Thai national. The man is currently facing charges of opening the venue without a permit, selling alcohol past the legal time limit, illegal possession of Baraku (Shisha) and illegal firearms and drugs possession.

Police seized the Baraku liquids and smoking paraphernalia, along with firearms. Mr. Puwanai has been detained pending formal charges.

Many venues on Koh Samui have been opening past the offical closing time as a push continues to extend the hours to 4am, and even 6am in the case of tourist zones in Phuket.