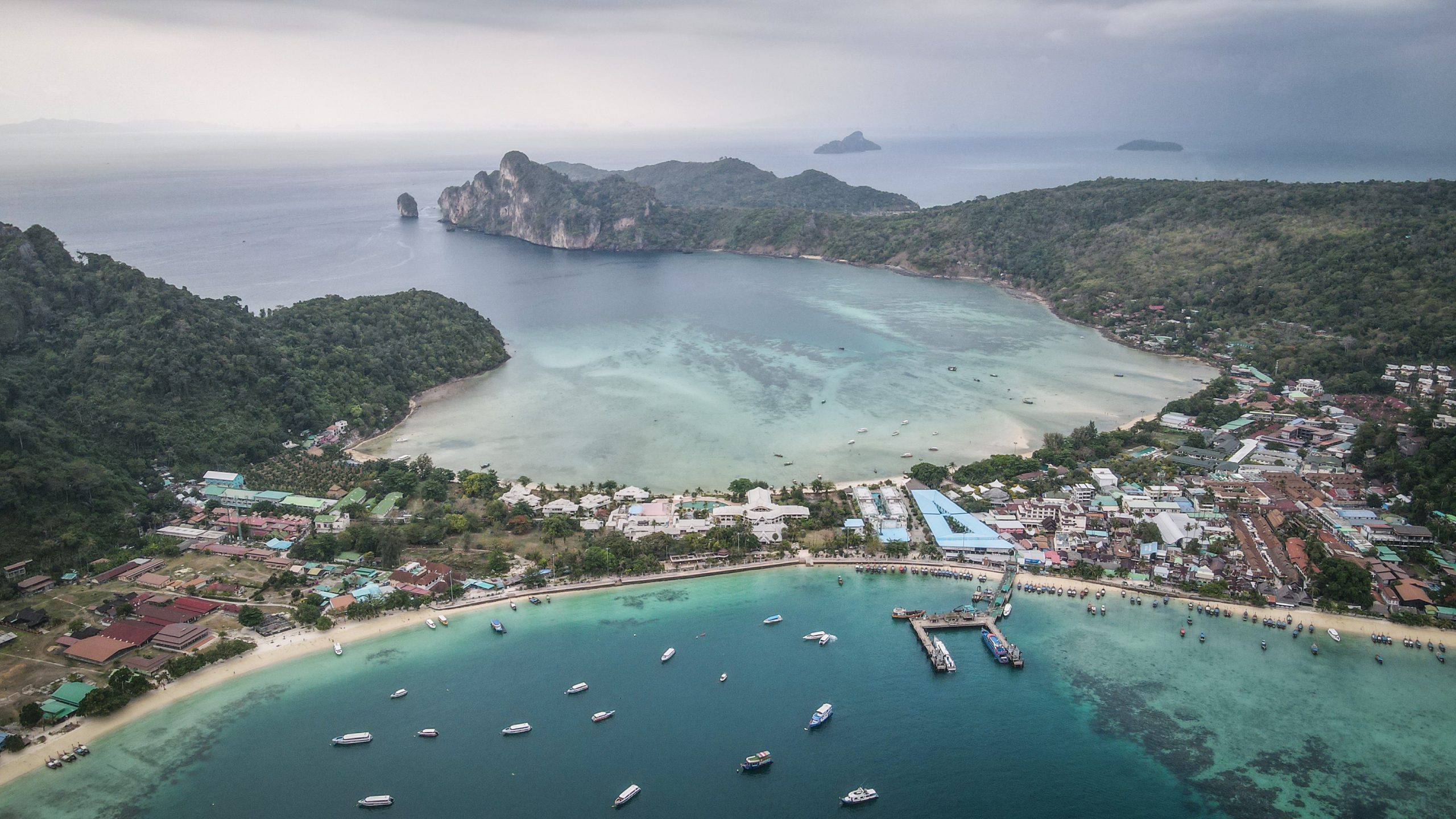 The Phi Phi islands in the southern province of Krabi have seen a massive surge in tourist visitors on both New Year’s Eve and New Year’s Day, according to a Phuket Express report. An official from Hat Nappharat Thara-Mu Ko National Park says that in total, the islands welcomed over 5,000 visitors a day on both days.

Monday was an official public holiday in Thailand.

The islands came under scrutiny in 2018 as officials were concerned about the huge number of visitors at the time. Now, after over 3 years of closure and ‘recovery’, along with some new infrastructure for visitors at Maya Bay, the number of visitors is back to the 2018 levels, despite the promise of caps on daily visitors.

One tour operator declared that the situation at Maya Bay was “madness” but noted that the peak of New Year is now over. 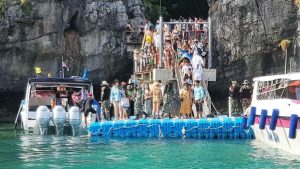 Extra staff have been on hand to deal with the influx, with officials overseeing mooring and opening more ticket booths to relieve congestion. In addition to the visitors at Phi Phi’s Pi Leh Lagoon and Maya Bay, huge tourist numbers were also in evidence at other popular Krabi locations including Railay Beach, Koh Poda and Thale Waek.

Arrivals at Phuket international airport have started to level off as the heat of the Christmas and New Year period dissipates. Phuket now has to wait and see if the huge surge of Russian visitors in the last 2 months of 2022 continue to arrive, and the potential of the Chinese market returning as 2023 progresses. 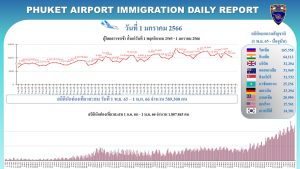 The Krabi office of the Tourism Authority of Thailand says that between December 30 and January 2, the province welcomed a total of 62,927 tourists. Of those, 39,331 were foreign nationals and 23,596 were Thai.

“Estimated revenue from those numbers is expected to be over 908 million baht.”

During the first 11 months of last year, over 1.52 million visitors travelled to Krabi, generating tourism revenue of 14.3 billion baht. However, during that period, most of the tourists were Thais.

With global travel continuing to pick up, the TAT expects Krabi to continue doing well, with tourism revenue for 2023 expected to exceed the province’s target of 1.5 billion baht.

In 2022, Thailand welcomed around 11 million international tourists. For this year, the TAT has increased its forecast, based on China’s decision to re-open its borders from Sunday. Tourism officials in Thailand now expect the kingdom to welcome 25 million tourists this year.

Meanwhile, officials have confirmed that Phi Phi’s Maya Bay, the location for the 2000 Leonardo di Caprio film The Beach, will close for 2 days on January 15 and 16.