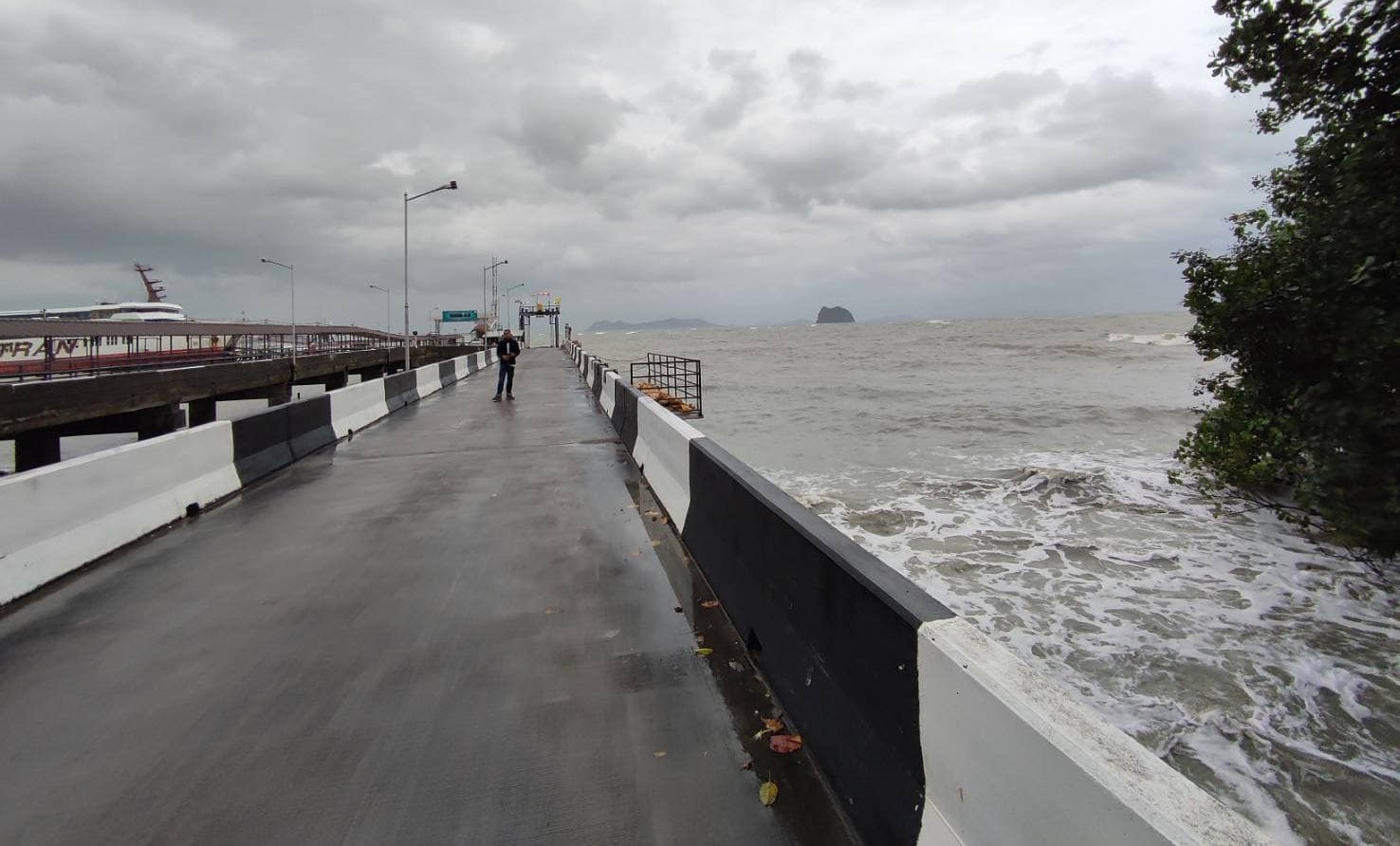 Ferry services from Koh Samui are still suspended due to stormy conditions in the Gulf of Thailand. Surat Thani Governor, Wichawut Jinto says services from Koh Pha Ngan and Koh Tao are also not operating at the moment, due to the poor weather conditions, stranding travellers on the Gulf islands.

On Sunday, the Thai Meteorological Department issued a weather warning of high waves in the Gulf, which led the governor to order all boats to remain ashore until yesterday, at a time that was to be confirmed. However, the warning was not updated or withdrawn yesterday and the order banning boats from leaving port remains in effect.

According to the Phuket Express report, strong waves up to 4 metres in height in the open sea have been reported in the Gulf of Thailand, close to Koh Samui, Koh Pha Ngan, and Koh Tao.

The suspension of ferry services means both Thai and foreign tourists have had to book flights in order to leave Koh Samui. According to last night’s report, 2,400 tourists left the island by plane yesterday, while 3,200 are expected to fly in on 28 flights today. Bangkok Airways has a monopoly on flights to and from Koh Samui as it owns and manages the airport and controls airlines that can fly onto the popular Gulf island.

It’s understood all flights to the island are fully booked between now and the end of the year as tourists opt to spend the New Year holiday on Samui or the neighbouring islands of Koh Pha Ngan and Koh Tao. However, the authorities have placed red flags along Samui’s beaches, to warn tourists not to enter the water during the adverse weather conditions.