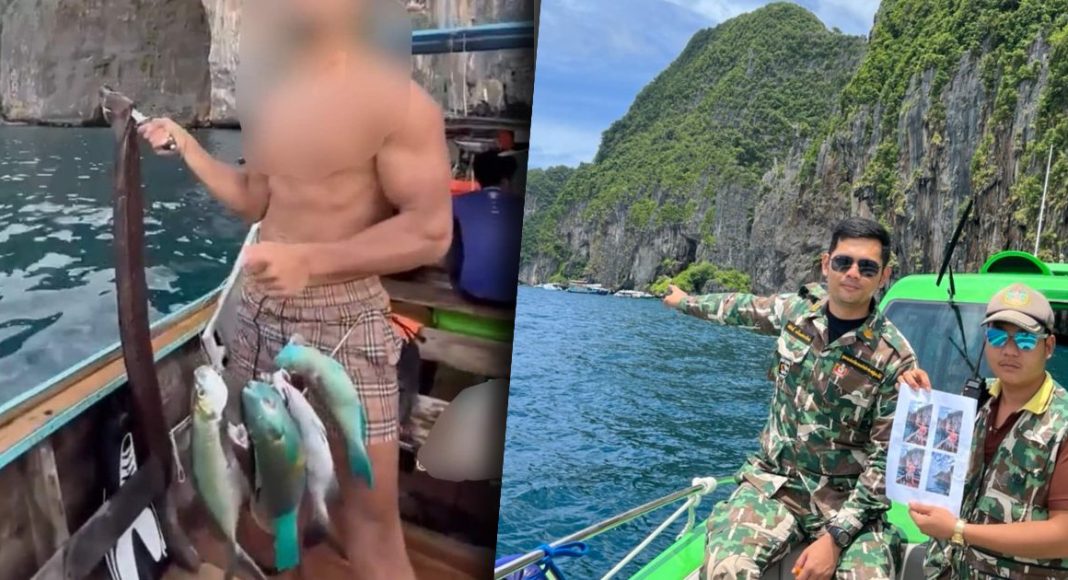 National Park officials have confirmed the incident took place at the Hat Noppharat Thara-Mu Ko Phi Phi National Park. The video was shared on the popular Mor Lab Panda Facebook page and has Thai netizens up in arms.

Social media users are demanding the foreigner be prosecuted for destroying the marine ecosystem at the renowned tourist beauty spot. There are also growing calls for action to be taken against the boat driver.

Thailand’s Department of National Parks Wildlife and Plant Conservation says the catching of parrotfish leads to the destruction of coral reefs and those who engage in the practice risk prosecution.

“The department also urges people not to purchase or consume parrotfish. People can inform national park officials to take legal action against anyone who hunts parrotfish in the national park area.”

According to a Bangkok Post report, Sophon Thongee, director-general of the Department of Marine and Coastal Resources, says the video also shows the man stabbing a sea eel.

“I have ordered local officials to find the boatman and the foreign tourist quickly for punishment because this is a very serious issue.”

According to a Nation Thailand report, the DNP warns that the penalty for fishing in a national park area is up to 5 years’ imprisonment and/or a fine of up to 20,000 baht.