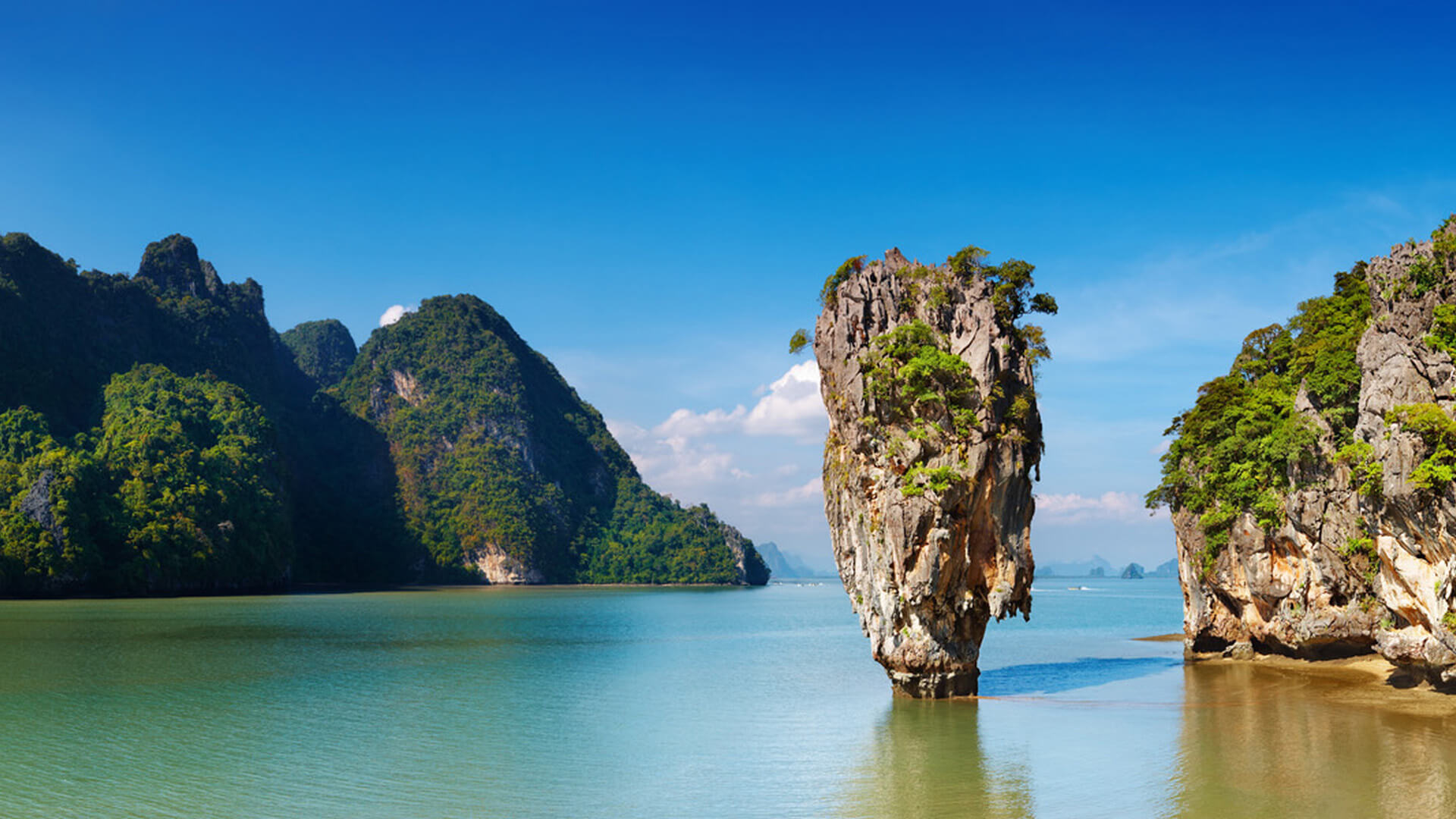 James Bond Island, aka. Koh Tapu, came to worldwide attention in 1974 when it was one of the centrepieces for the James Bond movie “The Man with the Golden Gun” – perhaps not one of the best in the long-running Bond franchise. Since then hundreds of thousands of tourists have have taken photos of this little island from one of the adjacent islands where tour boats rack up and visitors jostle for THAT photo.

Before the movie the little geological feature was only known by the locals and tourists didn’t even know it was there.

Koh Tapu is the actual ‘spike’ sitting in the middle of the small bay. That’s the Thai name which translates as ‘nail’. It is part of the Khao Phing Kan group of small islands, translating as “the islands with hills leaning together”. Koh Tapu sits about 40 metres from the shores of Khao Phing Kan.

In local folklore, a fisherman caught a haul of fish every day until all he found was a nail. He threw it back into the water, but he caught the nail again, without any fish. In frustration, he split the nail by hitting it with a sharp object, and part of it turned into the famous rock formation and modern day tourist magnet. 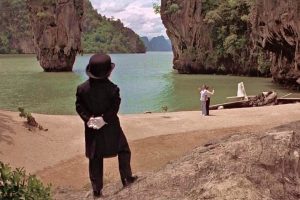 This island is just a tiny part of the signature limestone formations that dot Phang Nga Bay, rising from the bay. Koh Tapu is 20 metres high and around four metres in diameter at the bottom and eight metres at the top. Despite the local folklore, scientists report that the limestone karsts around 250 million years ago during the Permian period.

The area was originally a barrier reef that ruptured due to tectonic movement. The wind and the waves washed away most of the reefs, and the odd shapes are all that remain.

From general obscurity, the island became an instant ‘Mecca’ for James Bond fans when 007’s archenemy Scaramanga used the location as his hideout. The character, played by Christopher Lee, installed a laser gun outside the island and a hidden lair inside. When you see the actual area and island you’d wonder where any clever villain would be able to hide anything of concern to world governments. 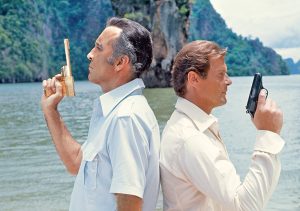 Nearly 5 decades after the James Bond movie, this island remains one of Phang Nga Bay’s most popular day trips. Almost all island-hopping packages in the area have this tiny archipelago in their itinerary. Tourists can visit the spot by either a canoe, longtail boat or something a bit faster.

Just like Maya Baya became an overnight ‘must see’ destination after the 2000 movie “The Beach”, James Bond Island has also become a popular destination from the free publicity of the James Bond film. 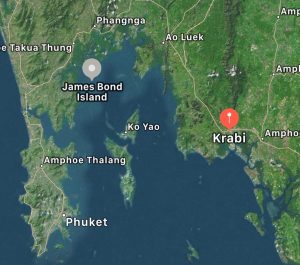 You can visit James Bond Island any time of the year. You can organise your tour of the island and Phang Nga Bay HERE.