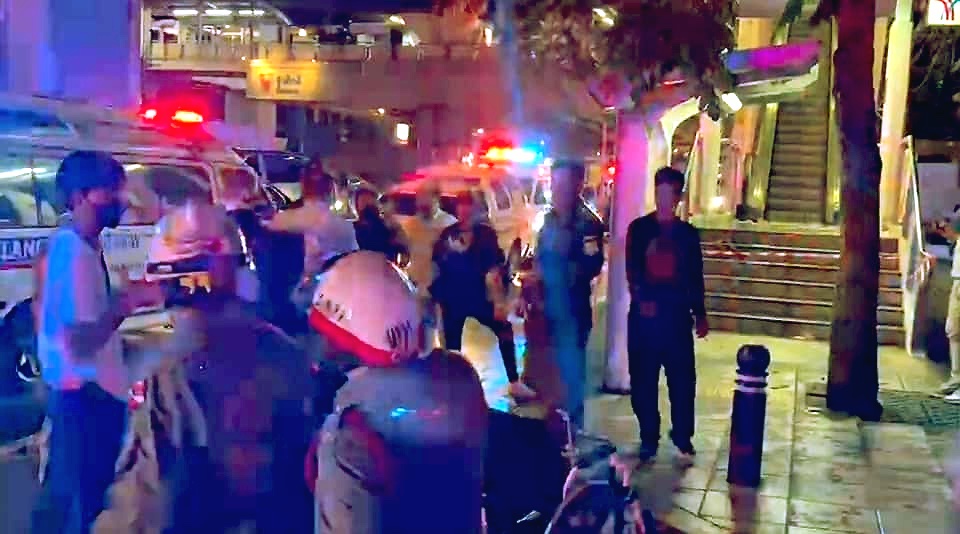 Twenty seven mostly students – two men and twenty five women – have been injured last night after passengers lost balance and fell over on an escalator at the BTS Skytrain Surasak Station. The Surasak BTS is on Sathorn Road, between the Saphan Thaksin and St. Louis stations.

The incident occurred just before 7pm after a concert of many young students from the Bangkok Christian College in the Sathorn District. Most of the students with serious injuries suffered from cuts on the feet and legs. 15 of them were taken to local hospitals where they are being treated for various cuts and abrasions.

After the school music show in the upscale Sathorn area had finished, the students packed onto the BTS Surasak escalator to catch the Skytrain, travelling from the ground level up to the first level in the station. People at the top of the escalator lost their balance or tripped, falling on the people below them, causing a domino effect all the way down the packed escalator. The students were trying to get into the station to escape the heavy rain at the time causing the escalator to be slippery.

Mobile phone video from the station shows that the incident appears to be caused by the large number of people on the escalator at the same time, in slippery conditions, and the people falling over at the top of the escalator, not a fault of the BTS escalator itself.

BTS officials have already issued a statement saying that the escalator “was not malfunctioning and that the company will do its best to take care of all victims”. 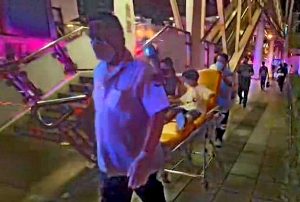 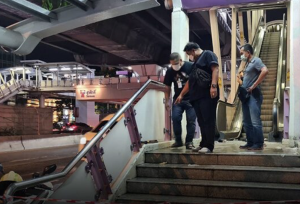