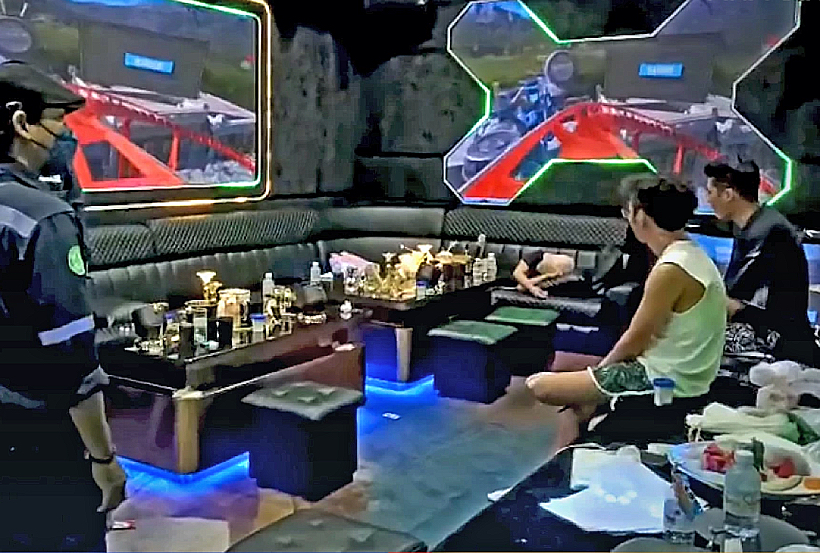 More than 100 police raided a “drug party” involving 237 Chinese, along with 29 Thai, Vietnamese and Cambodian acting as staff in Bangkok. The secret party zones were hidden inside buildings operating as a car-wash centre in a southern section of Bangkok’s Sathorn area, adjacent to the Chao Phraya Rover.

The raid happened at 3.30 yesterday morning. 104 people have already tested positive for illicit drug use.

Most of the drugs included ketamines and “happy water”. 300 plastic bags containing drug kits, selling at 10,000 baht each, were confiscated. 34 luxury vehicles were parked at the premises, including Rolls Royce, Porsche and Mercedes.

The party and karaoke ‘club’ is reported to be Chinese-owned and included 20 karaoke rooms. The premises wasn’t licensed to operate as an entertainment establishment.

When the police arrived, the ‘patrons’ frantically fled to the exits which were already manned by the large police contingent.

Police told local media they were acting on tip offs and that the establishment had been operating for 6 months. The local district police chief has already been “transferred to desk duties”, a common response when these large raids are conducted.