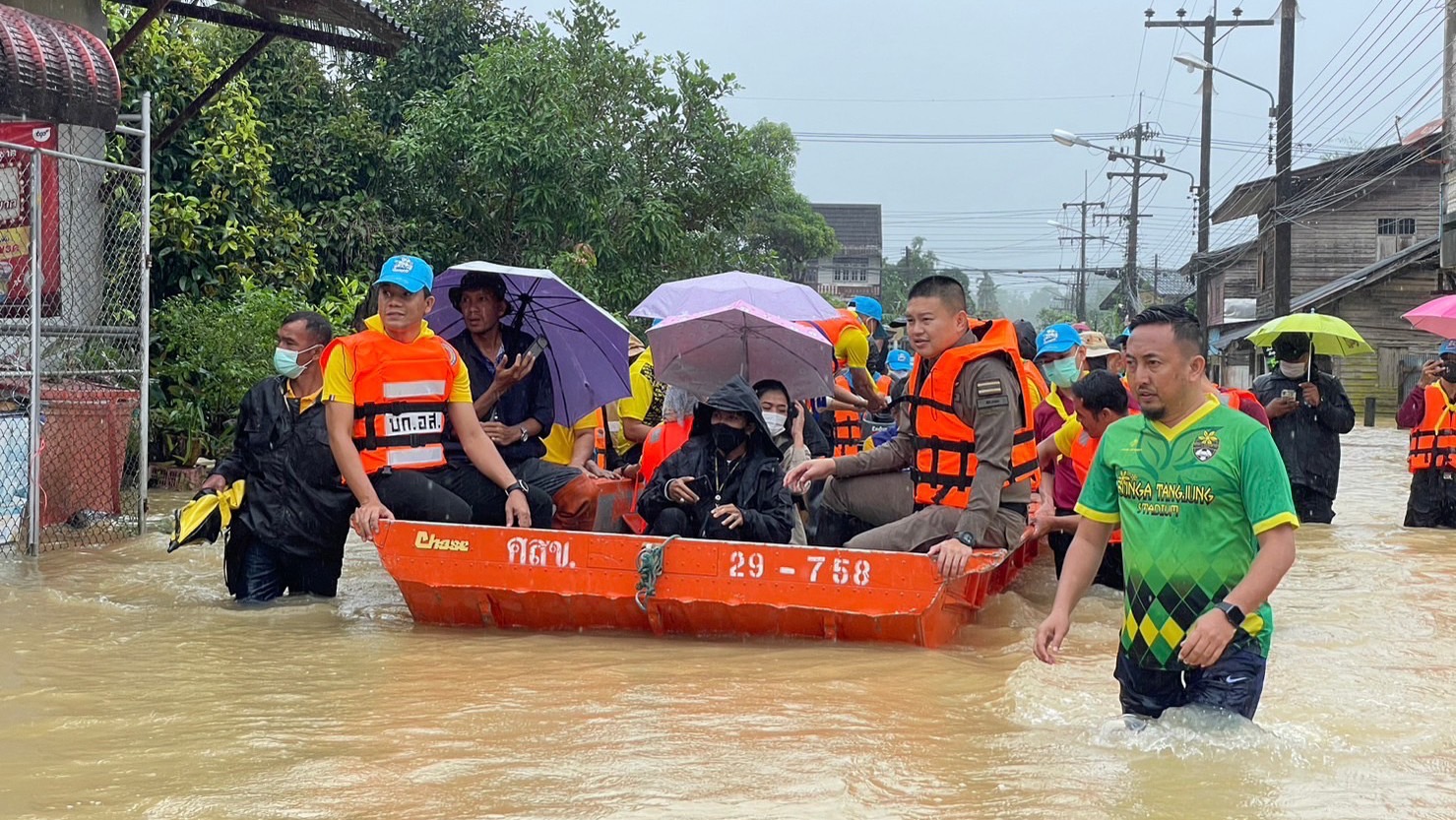 Southern Thailand is experiencing ongoing heavy rainfall, with 3 people dead and 9 provinces severely flooded. According to a Phuket Express report, the Department of Disaster Prevention and Mitigation says monsoon rains have affected the Gulf of Thailand in the southern part of the country.

Flash flooding has affected the provinces of Surat Thani, Nakhon Si Thammarat, Trang, Satun, Yala, Songkhla, Narathiwat, Pattani, and Phatthalung, with thousands of families impacted. In total, 49 districts, 1,028 villages, and 51,543 families are struggling as a result of the extreme wet weather. 3 people are also known to have died in the floods.

The report goes on to state that many areas in the South remain under water and inaccessible. Travellers are being asked to map out their route before embarking on their journey and to pay close attention to local weather reports.

Many tourists due to leave Koh Samui have had to book flights off the island as a result of all ferry services being cancelled due to adverse weather conditions causing rough conditions at sea. Bangkok Airways is the only service in an out of Samui at the moment and flights are fully booked until at least the end of the year.

As of last night, 51,543 families in southern Thailand, along with 1,028 villages were “underwater” and confronting flooding.

And over the border, 45,000 flood victims have been evacuated to flood relief centres in five states of Malaysia, with the East Coast states of Kelantan and Terengganu the hardest hit.