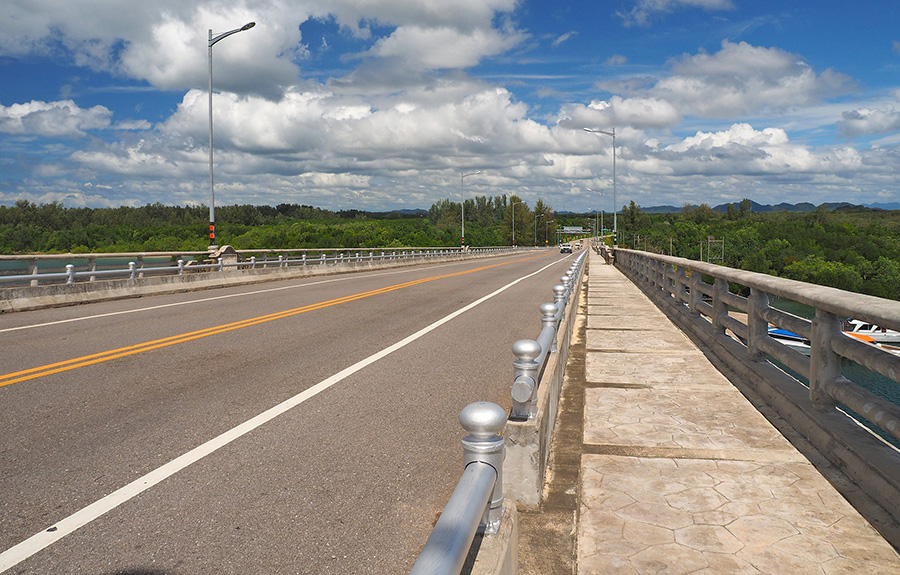 Bridge to Koh Lanta Noi. PHOTO: Flickr/Live in far away

The Thai government is budgeting nearly 31 billion baht for the construction of interprovincial motorways and a bridge connecting the Krabi islands of Koh Lanta Klang and Koh Lanta Noi.

Nation Thailand reports that 11.2 billion baht of funding will come from the government’s own budget, with 19.75 billion coming from other sources.

Government spokesperson Trisulee Trisaranakul says the new M6 motorway, linking Bang Pa-In in the central province of Phra Nakhon Si Ayutthaya to Nakhon Ratchasima in the northeast, is around 98% complete.

Also nearing completion is the M81 motorway connecting Bang Yai in central Thailand to Kanchanaburi in the west. The M81 is around 85% complete and, along with the M6 motorway, should be ready to open in 2025.

Meanwhile, Trisulee says the Rama III-Dao Khanong-Western Bangkok Outer Ring Expressway is over 45% complete and the M82 linking Bang Khun Tian, Ekachai Road, and Ban Phaeo in Bangkok and central Thailand, is over 77% complete. Both are expected to open for public use in 2025.

In addition, a number of projects are expected to be completed next year, including a fifth Thai-Laos Friendship Bridge, connecting the province of Bueng Kan, in northeast Thailand, with Bolikhamxai province in Laos. Also due for completion next year is a road linking the Aircraft Repair Station and the third Thai-Laos Friendship Bridge in the northeastern province of Nakhon Phanom.

Two bridge projects approved last year are also due to get underway this year. They are the bridge connecting the islands of Koh Lanta Klang and Koh Lanta Noi in Krabi province and the Songkhla Lake Bridge, connecting the southern provinces of Songkhla and Phatthalung.

Trisulee says each of the projects will help local economies, promoting tourism and increasing transport options. Anutin Charnvirakul, in his role as Deputy PM, has instructed the Transport Ministry to ensure each of the projects is completed within the specified deadlines.