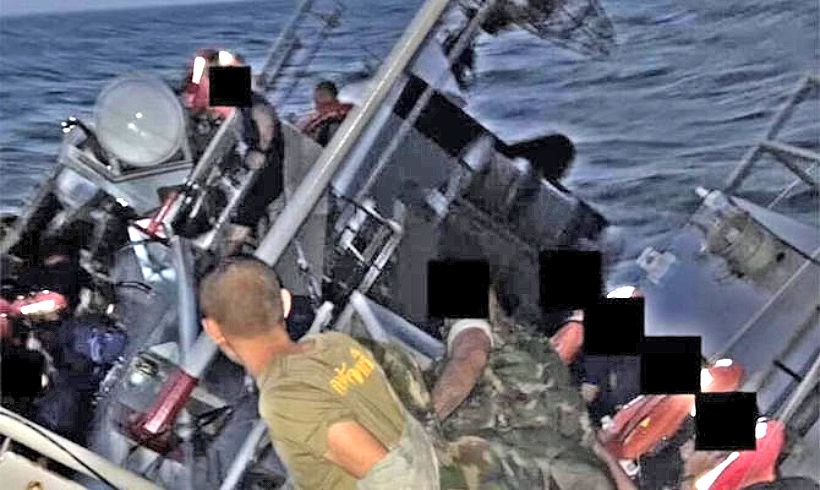 After earlier reports that all crew were safe, the Royal Thai Navy has now advised officials that 31 crew are missing. The HTMS Sukhothai, a Royal Thai Navy Frigate launched in 1987, sank in a storm in the Gulf of Thailand late last night.

Planes and helicopters have now been deployed to the area of last night’s sinking to find the missing crew, all believed to be wearing life jackets at the time of the vessel capsizing. Despite the rough conditions, the sea temperature is quite warm and Naval officials believe there is a good chance of finding the missing sailors alive. 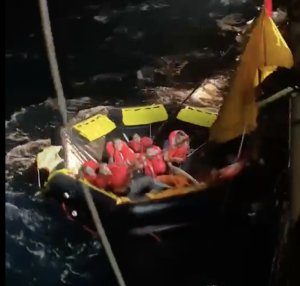 The vessel sank in rough seas after ‘electrical failure’ on the frigate about 20 kilometres off the coast of Prachuap Khiri Khan around 11.30pm last night.

Sailors recall large waves pounding the ship, forcing it to list at around 60 degrees and starting to take on water. The electrical system and pumps were overwhelmed and failed, according to early reports.

76 of the 106 crew were brought to shore, three seriously injured. 31 crew remain missing at this time.