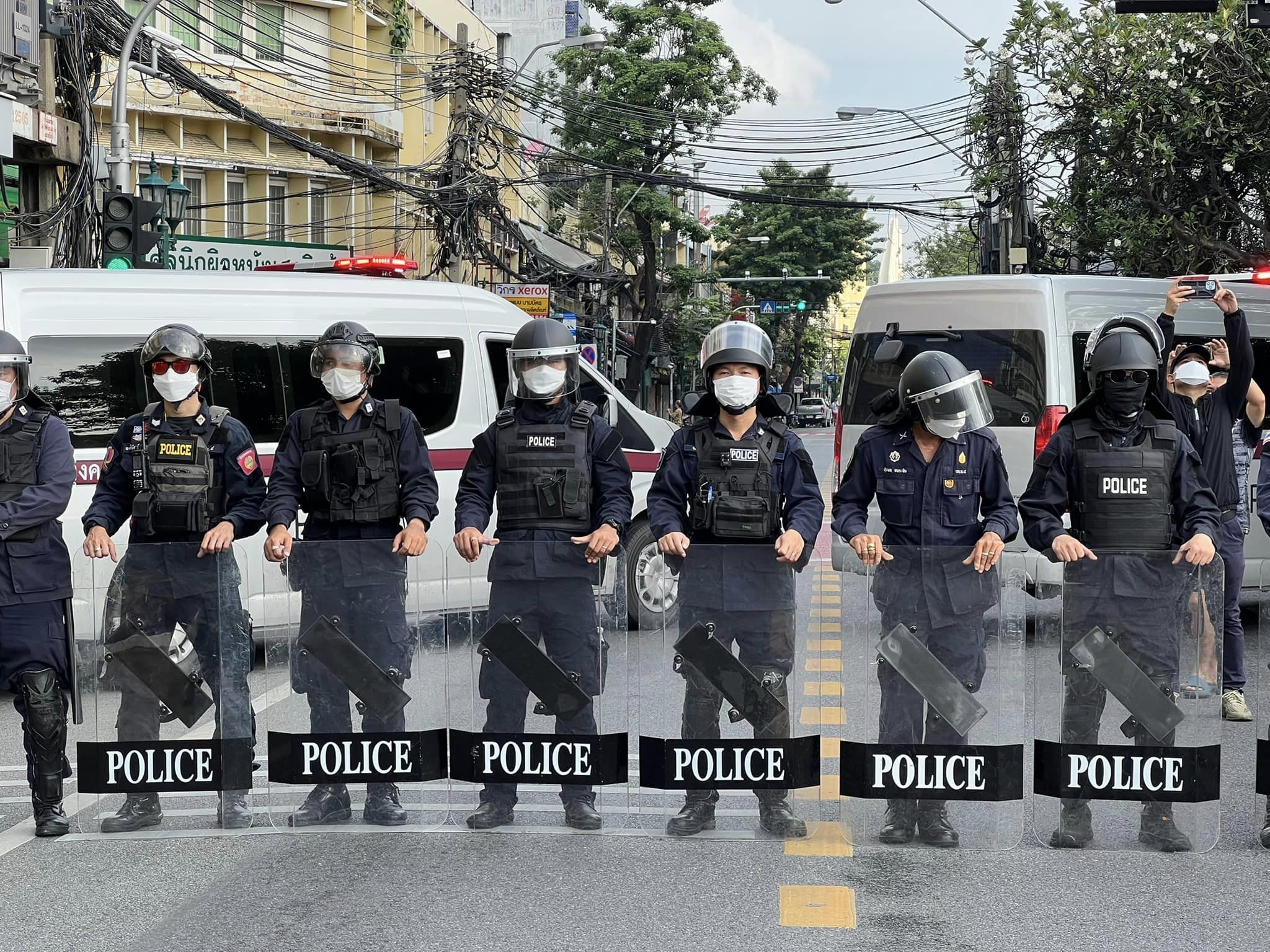 UPDATE: More arrests this morning after a protest group calling itself “Citizens Stop Apec 2022’’ tried to make their way to the site of the event. They’d assembled on Din So Road, in the Bangkok Old Town area, and even gave police a 20 minute warning of their intentions.

Police started firing rubber bullets at the protesters just after 10am. 7 people were arrested and another 5 protesters were injured.

Various groups of anti-government activists continue to take to the streets in Bangkok, in defiance of a ban on protests near the APEC Summit location and Government House. Nation Thailand reports that small groups continued to defy police in their attempts to reach the Asoke Intersection, near the Queen Sirikit National Convention Centre, where the summit is being held.

Protesters carrying signs calling for the resignation of PM Prayut Chan-o-cha rallied in front of the Terminal 21 shopping centre and tried to march to Asoke Intersection, but ended up clashing with police officers and riot police who were blocking their way.

The police confiscated protest signs and pushed the activists back towards Terminal 21. Officers remain in place, preventing protesters from accessing the Sukhumvit MRT station or the QSNCC.

Nation Thailand reports that around 20 activists, travelling in 4 pickup trucks, drove to Democracy Monument, close to Government House, and draped a large cloth banner on the monument. However, police immediate removed the banner and ordered the group to return to Lan Khon Muang or be arrested.

Artchayon Kraithong, spokesman of the security and traffic operations command for the APEC Summit, says officers are following orders from the National Police Chief not to tolerate any attempt by activists to break through into off-limit areas. He adds that officers will also enforce a ban on protests in any of the streets near the 19 hotels where APEC delegates are staying.