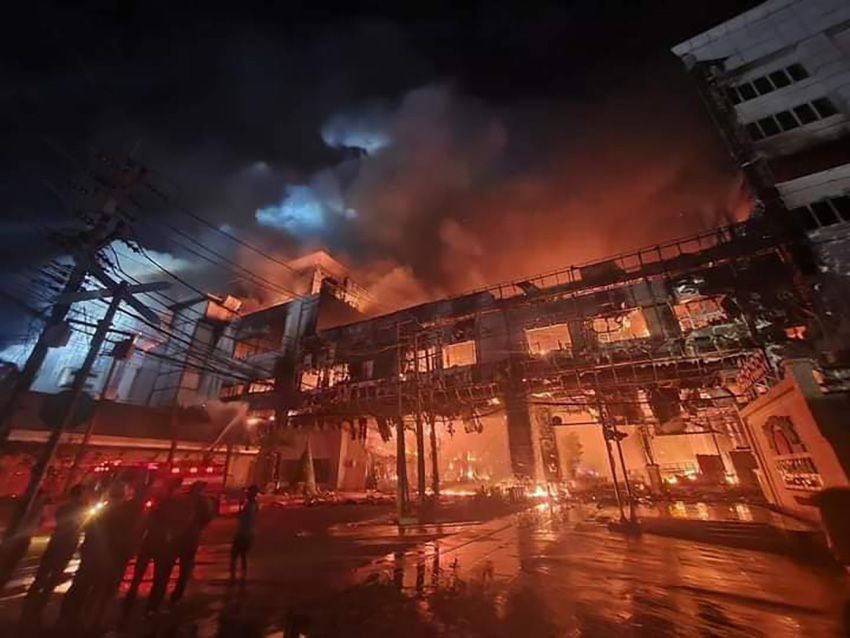 The huge fire that broke out at a casino in the Cambodian city of Poipet, on the Thai border, has killed at least 19 people and it’s feared the death toll may be higher, according to Sek Sokhom from the Banteay Meanchey provincial information department.

“The number of deaths may reach more than 20.”

According to Sek, 60 people have been injured and at least 30 are still missing. Nation Thailand reports that one Thai rescue worker who attended the scene confirmed that 14 bodies had been recovered. That figure has now been updated to 19.

Rescuers are still trying to determine how many people may still be inside the burnt-out remains of the Grand Diamond City casino and hotel. It’s understood around 400 customers and employees were in the building when the fire broke out at around midnight on Wednesday night.

Many of the casualties are expected to be Thais, as Poipet is popular both with Thai nationals seeking employment and those who enjoy gambling.

Officials in the eastern Thai province of Sa Kaeo say at least people are being treated in hospitals there.