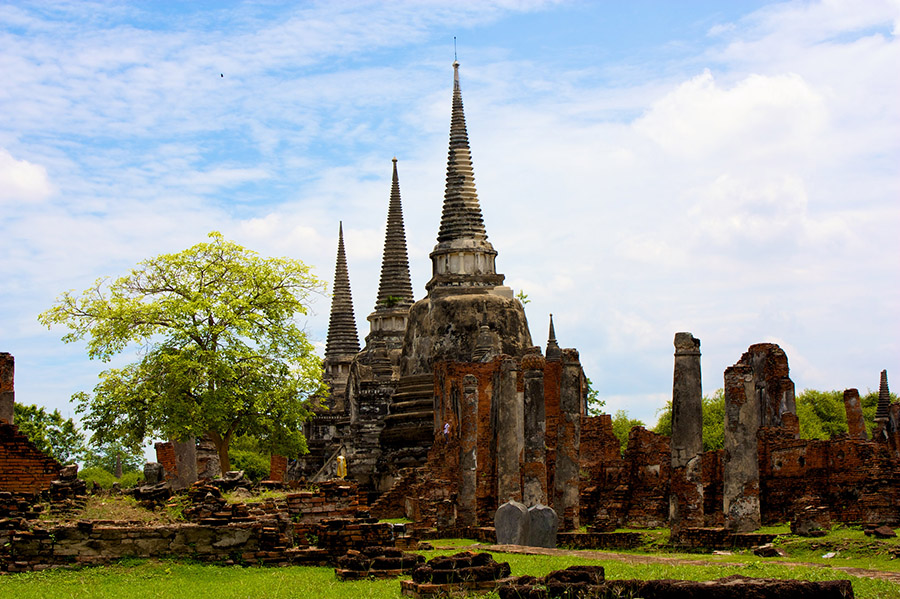 The director of Ayutthaya Historical Park says around 70 temples and other historical sites are at risk of collapse due to flooding. Pattarapong Kao-ngern says the sites are currently submerged and may collapse if there is no let-up from flooding. According to a Thai PBS World report, he says that while the foundations are strong, they risk eventually being eroded, leading to collapse.

Sandbags have been used to create flood walls and protect the sites as the water is drained out, but as it continues to seep underground, Pattarapong says it poses a significant threat to the foundations of some structures. He adds that a full damage assessment will have to be conducted and repairs carried out once the floodwater has receded.

The city of Ayutthaya is a former capital of Thailand and a major tourist attraction, renowned for its temple ruins and other historical sites. Ayutthaya Historical Park has been listed as a UNESCO World Heritage Site since 1991. The city was attacked and destroyed by the Burmese army in 1767, with everything burnt to the ground and residents forced to flee.