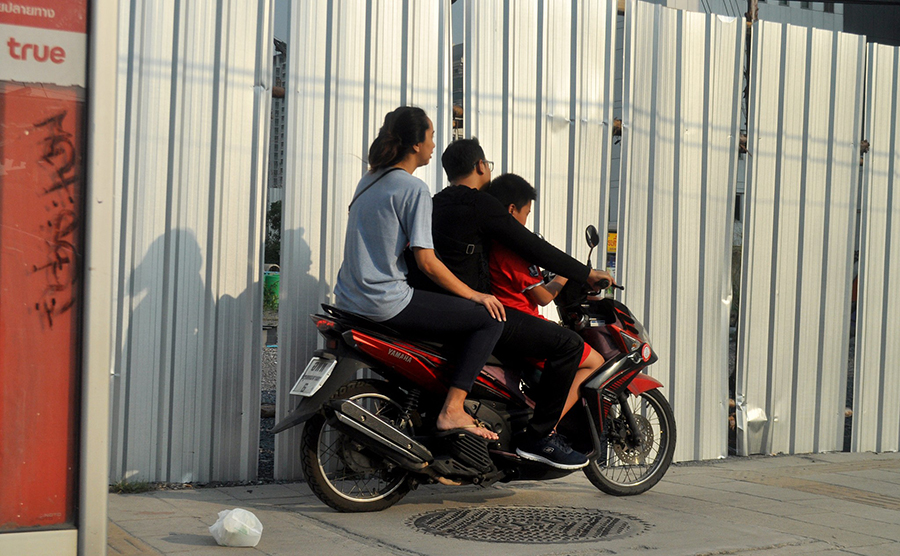 Officials in Bangkok are cracking down on motorcyclists riding or parking their bikes on pavements and sidewalks. The Bangkok Metropolitan Administration says any bike rider caught doing so faces a fine of up to 5,000 baht. It’s not the first time the BMA have threatened to crackdown on this habit of some motorbike drivers trying to find a short-cut from Bangkok’s traffic.

The BMA is, so far, taking a gentle approach to the introduction of the new policy, however, starting off with fines of 500 baht in the early stage, which will eventually rise to 5,000.

Motorcyclists caught on CCTV riding or parking on the city’s pavements will have a notification sent to their home address, ordering them to pay the fine within 15 days. Failure to do so means they will receive a second notice and if they still don’t pay, legal proceedings will be instigated.

City officials are encouraging the public to notify any violation of the rules to the police by visiting www.bangkok.go.th/reward (at the time of writing, the website appears to be down) or calling 02-465-6644. It’s understood there are around 60,000 CCTV cameras across the city, allowing the BMA to monitor the flow of traffic and traffic violations. The footage is usually used by traffic police. 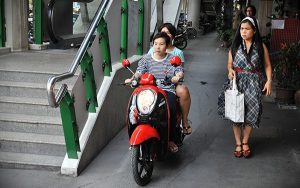