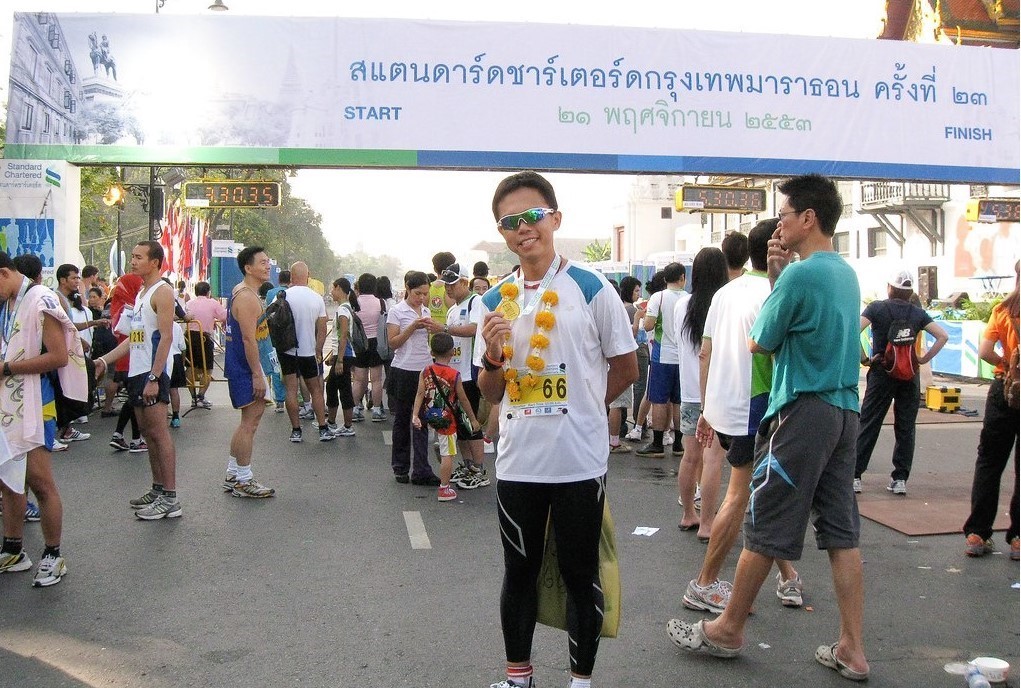 The new Governor of Bangkok says he wants the Bangkok Marathon to be a world-class event that will stimulate tourism and boost the economy. Chadchart Sittipunt added that the November 20 event will help promote the “importance of healthcare and exercise among people”. The event is due to take place on Sanam Chai Road starting and finishing near the Grand Palace, in the Phra Nakhon district of the capital.

The Bangkok Metropolitan Administration has joined forces with the National Jogging Association of Thailand to organise the event, with Chadchart saying he wants this year’s to be outstanding. The governor says cities worldwide use their marathon events to promote tourism and boost the local economy by attracting more visitors. In Bangkok’s case, he’s optimistic the event will be a huge success, both for tourism, the economy and for individuals interested in health and exercise.

“We believe that the Bangkok Marathon will help stimulate the economy, create awareness on healthcare, and announce Bangkok’s readiness to fully re-open the city after the Covid-19 crisis.”

Determined that this year’s event will be outstanding, Chadchart plans to hold talks with officials on how best to attract foreign participants in numbers similar to those seen at events such as the New York City, London, and Toyko marathons.

Bangkok always faces its ‘heat’ problem when it comes to long distance outdoor and sporting events. Most running events will start around 4am to avoid the worst of the day’s heat but it’s still very humid and slower runners face rising morning temperatures.

Those who want to sign up can do so at http://www.bkkmarathon.com

Until August 31, registration will be the normal price, but an additional fee will be charged between September 1 and 30.