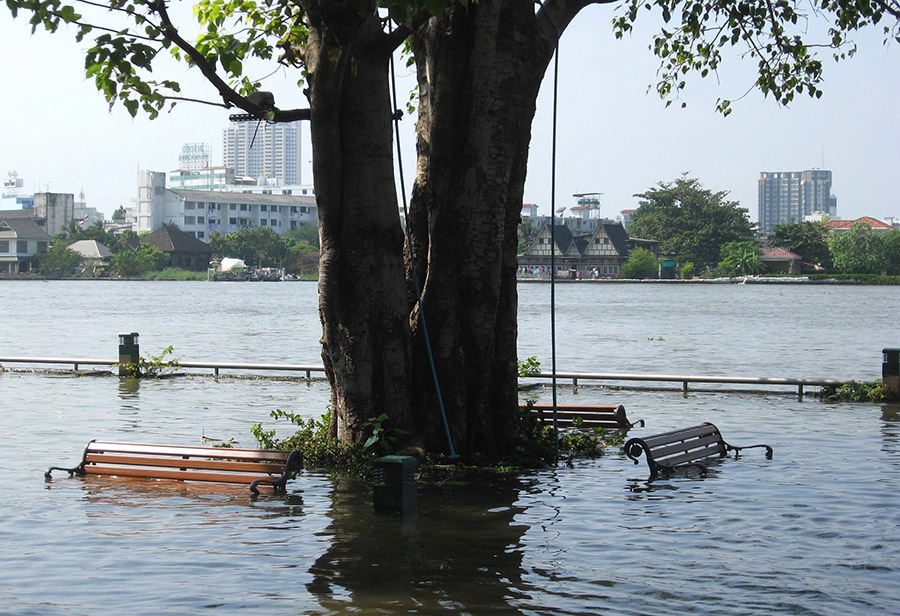 High tides in the Gulf of Thailand, a torrent of central Thailand floods heading south and localised rain in the city. A trio of problems for the capital.

The Bangkok Metropolitan Administration is warning the capital’s residents that the Chao Phraya River may overflow this week due to rising water levels and more heavy rain. Officials say there is a risk of higher sea tides causing the river to overflow from today, in addition to the possibility of runoffs from areas further upstream and heavy rains due to the southwest monsoon.

According to a Nation Thailand report, there is a chance the Chao Phraya River will rise by between 1.7 and 2 metres above sea level. The Office of Natural Water Resources and the Navy’s Hydrographic Department have issued similar warnings.

Residential communities along both the Chao Phraya and Pa Sak rivers are advised to be on the alert for overflows as the rivers’ dams discharge more water as a result of ongoing torrential rain. The Hydrographic Department has warning of rising tides between 6am and 7pm from today until next Thursday, which is expected to affect water levels in the Chao Phraya.