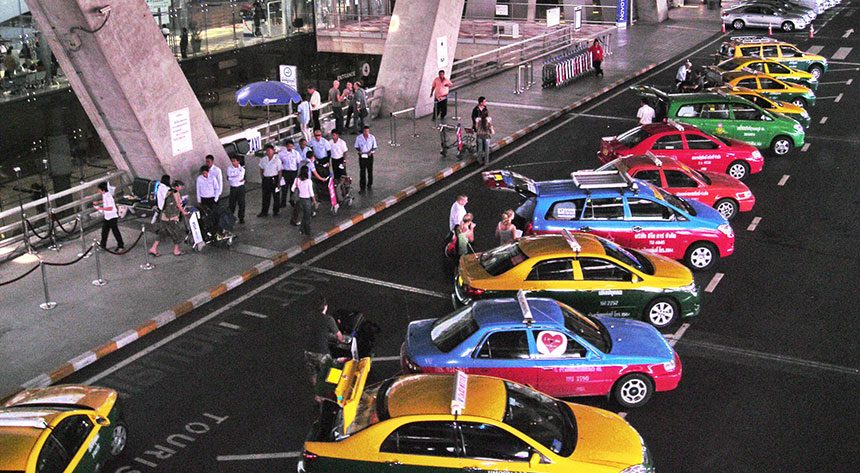 With a shortage of cabs at Bangkok’s Suvarnabhumi airport leading to a surge in complaints, airport bosses are urging more taxis to register as official passenger transport. Long lines at the airport’s taxi queue are leading to an increase in passenger dissatisfaction, with arriving tourists posting photos on social media.

According to a Bangkok Post report, the complaints came to a head last Friday, due to the increased traffic of the long weekend. Many speculated that the airport is not ready to welcome a return to large numbers of arrivals.

Airport bosses have released a statement blaming the queues on a sudden rush of passengers arriving to spend the King Chulalongkorn Memorial Day weekend in the capital. They point out that only taxis registered to serve the airport can pick up passengers and there are currently not enough registered.

Further exacerbating the problem was the fact that some drivers who are registered to serve the airport chose to operate elsewhere, given that the number of arriving passengers is not yet back at pre-Covid levels.

While airport bosses invite more taxi drivers to register as official airport transport, they are urging passengers to use other public transport options, such as the Airport Rail Link train, which connects the BTS Skytrain and MRT networks.

In addition, a number of public buses, minivans, and a limousine service are also licenced to operate from the airport.