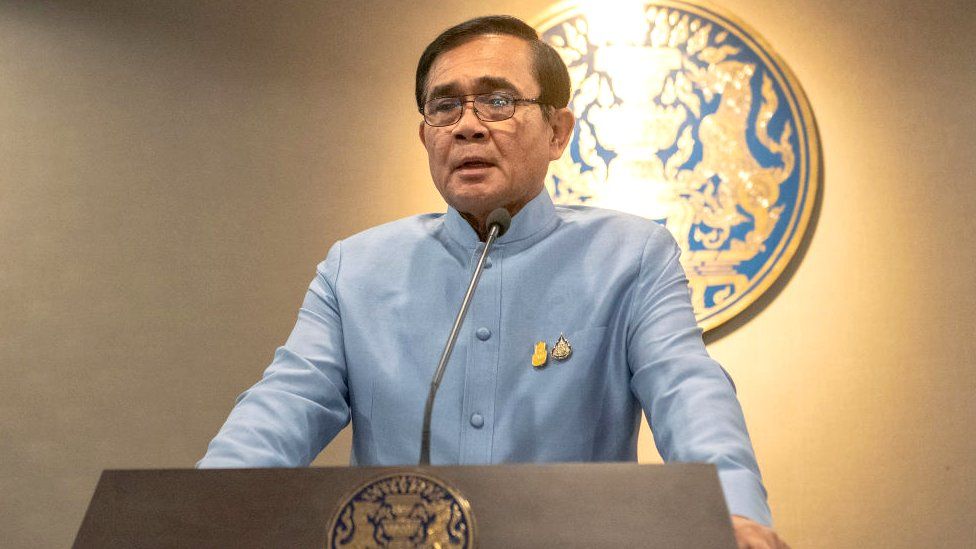 The Constitutional Court has suspended the Thai prime minister from his duties, pending a full hearing into the legality of his tenure leading the country. But shortly after the news was announced, the Court retracted the statement stating the news was ‘leaked’ and that it will soon make a formal statement.

The Court voted 5-4 in the decision to suspend 68 year old PM Prayut Chan-o-cha from his position. The Court ruled today to accept the petition from 171 MPs questioning the legality of his tenure.

The petition was lodged with the Constitutional Court on Monday asking the judges to rule on whether the Thai PM could continue past today as the country’s lawful PM.

Under the current Thai constitution, a prime minister cannot serve for more than eight years in total.

Questions over exactly ‘when’ his position as Thailand’s prime minister remain unclear.

Was Prayut the PM after giving himself the title on August 24, 2014, in the wake of the army coup he led in May 2014? Was it after the Thai people voted in favour of a new Constitution in 2017? Or was it after the 2019 general election when he was nominated as an ‘outside prime minister’ and won the vote of a joint sitting of the Thai parliament?

These are the questions that the Constitutional Court judges will have to consider.

In the meantime it is understood that 77 year old Prawit Wongsuwan, head of the Palang Pracharat Party and a deputy PM, will stand in as a caretaker prime minister until the matter is resolved.

Prayut Chan-o-cha, now suspended as PM, could still serve as the Defence Minister if he wanted to, as ministers in the Thai cabinet do not have to be elected MPs. Pundits believe it could take up to a month for the Constitutional Court to consider their verdict.