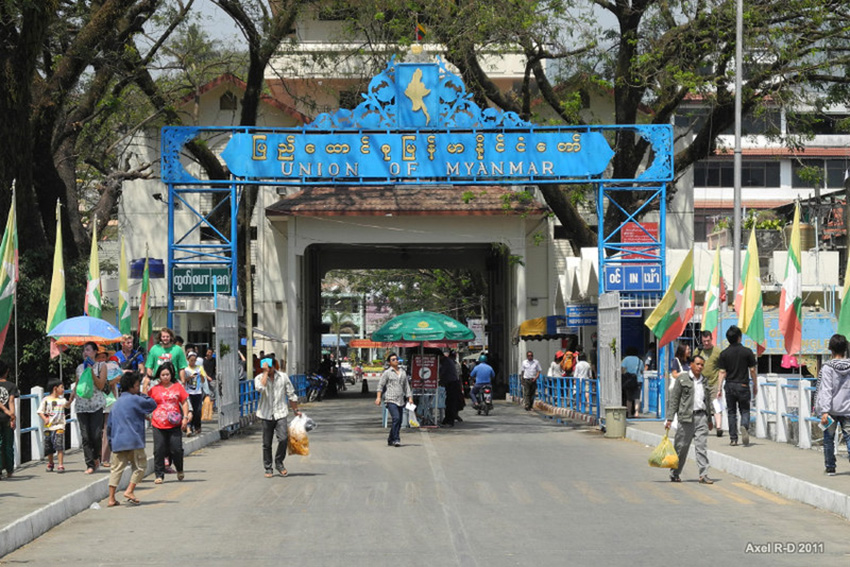 Burmese narcotics officers have seized a large haul of drugs that were heading to Thailand, just over the border from Chiang Rai in far north Thailand. Wichai Chaimongkhon from Thailand’s Office of the Narcotics Control Board says the authorities in Myanmar had raided a house in the border town of Tachileik.

Thai PBS World reports that officers seized around 113 kilograms of “Happy Water” mixture, 616,000 Ecstasy tablets, 35,000 Erimin-5 tablets and 20 pill compression moulds. According to the report, Erimin-5 is a street name for Nimetazepam, a type of benzodiazepine, such as diazepam or temazepam. Nimetazepam is manufactured in Japan and is a rapid-acting hypnotic drug.

A female suspect is now in custody and is believed to be someone who travelled frequently to Thailand and owns several properties in the kingdom. Wichai says the 113 kilograms of “Happy Water” ‘powder’ seized is the biggest single haul ever confiscated. Happy Water is a powerful combination of drugs such as MDMA, methamphetamine, diazepam, and ketamine.

The haul, albeit ‘large’ by normal standards, is still considered to be a tiny proportion of the actual drug trafficking that makes its way into Thailand and then to other destinations.

According to Wichai, the Thai authorities have long been sharing intelligence about drug trafficking with their Burmese counterparts and vice versa. He believes the arrest of the female suspect will lead to more suspects being arrested.