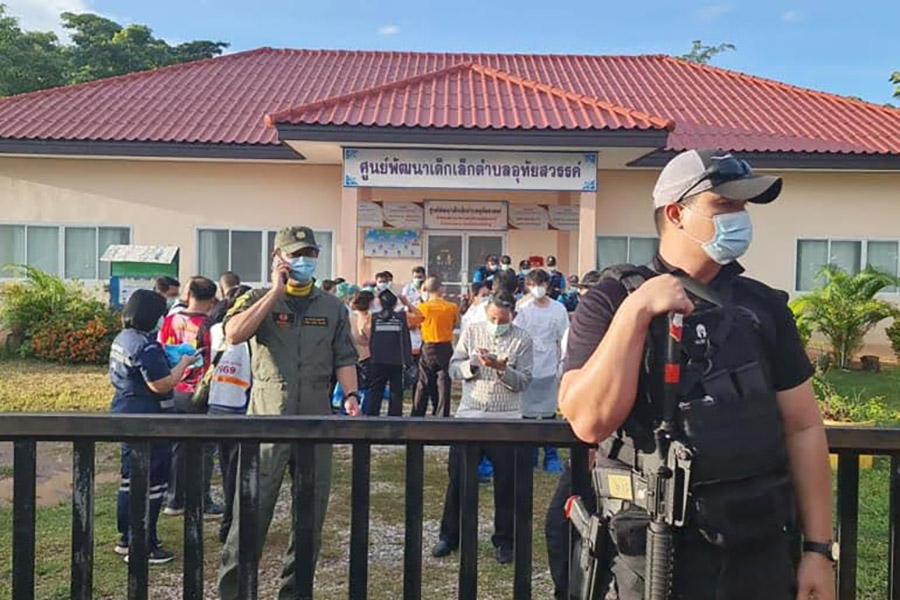 A nursery (child care centre) in the northeastern Thai province of Nong Bua Lamphu, which became the scene of Thailand’s deadliest mass killing, re-opens today. The Uthai Sawan nursery in the district of Na Klang hit the headlines 3 months ago, when a sacked police officer carried out a gun and knife attack that killed 36 people, most of them very young children.

The perpetrator, Panya Khamrab, subsequently committed suicide immediately following the October 6 tragedy. His wife and young step-child were among his victims – he killed them before heading to the child care centre.

Nation Thailand reports that yesterday, a religious ceremony was held to make merit for those who died and the nursery re-opens today, according to spokesperson Nanthicha Punchum.

Nanthicha says that for a temporary period, the nursery will relocate to a classroom in a nearby school. This is to respect the wishes of parents who don’t want their children to be on site at the scene of such a violent and deadly attack. The plan is to build a new nursery eventually, to replace the existing facility, once a budget has been approved.

According to the report, nursery staff have prepared 68 sets of clothes, including gym outfits, socks, shoes, backpacks, and mattresses, which will be given free of charge to today’s first class of children. They will also be transported to and from the facility in a dedicated vehicle, according to Nanthicha.