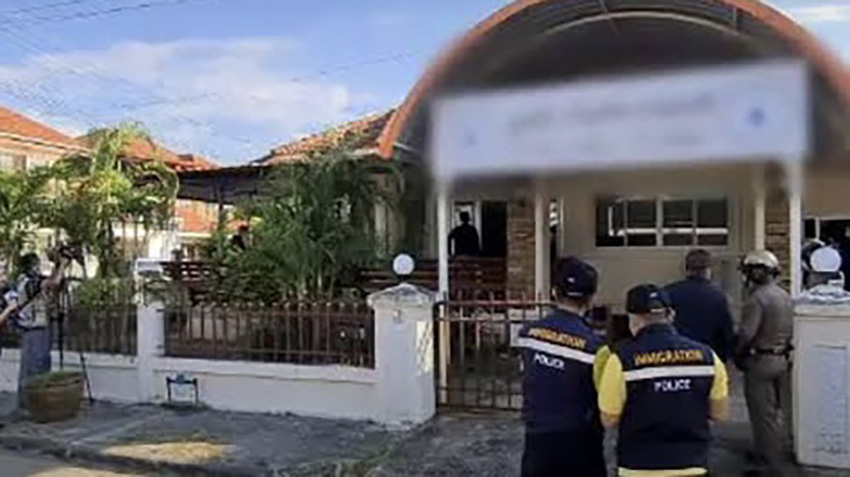 Police investigating alleged Chinese triad gangs have expanded their investigation to a non-profit organisation in Chiang Mai. Nation Thailand reports that the foundation is being investigated following allegations that it was being used by Chinese criminals to extend their Thai visas.

A large-scale investigation into alleged Chinese triad activity in the kingdom was launched following a complaint from massage parlour tycoon, Chuwit Kamolvisit. Information provided by the businessman led to the arrest of alleged crime boss Chainat Kornchayanan, aka “Tuhao”.

The Chinese national gained Thai citizenship through his marriage to a senior Thai police officer. He is currently in custody but denies all the charges against him.

The month-long investigation into Chinese criminal gangs operating in Thailand has now expanded from Bangkok to 18 provinces around the country. The probe was being overseen by Surachet Hakparn, deputy national police, but it’s reported that national police chief Damrongsak Kittiprapas will now take over.

According to Surachet, the non-profit organisation, Creating Balance Foundation, is being investigated following a search at a property in the Chiang Mai district of San Pa Tong. The house is understood to belong to Chinese national Ni Yibo, who is believed to have acted as a visa agent for other Chinese nationals.

It’s alleged that Ni extended visas through the charitable foundation, which is chaired by Thai national, Korakrit Jittham. According to the Nation Thailand report, neither Korakrit nor any other representative of the foundation could be contacted.

It’s understood there are at least 2 foundations in Chiang Mai using the Creating Balance name. Surachet says the probe into the organisation, including its activities and funding sources, will take around 2 weeks.

Investigating officers say Korakrit also falsely registered himself as the father of Ni’s daughter, whose mother is believed to be a Chinese woman named Gao Yang. Police say this was so the child could get Thai citizenship.