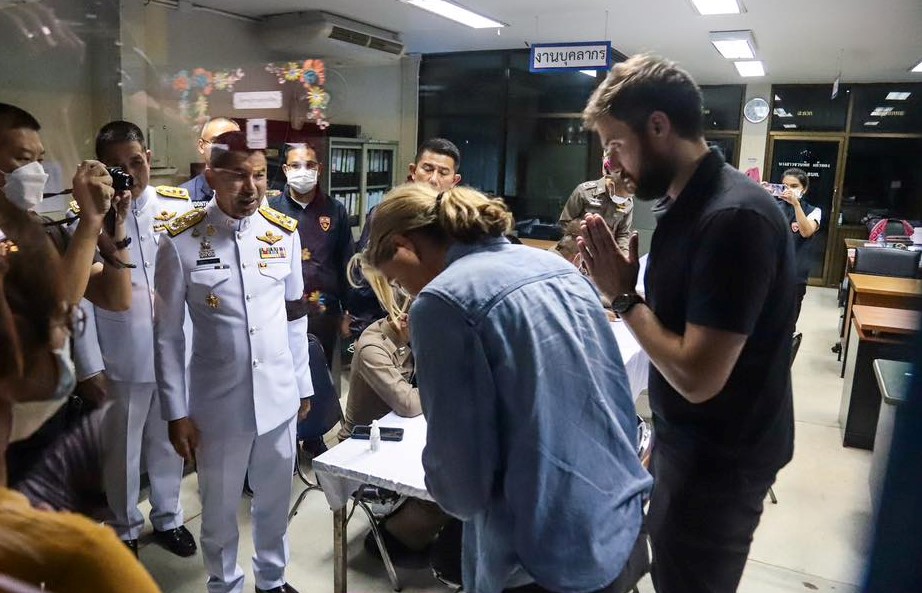 Two CNN reporters, accused of trespassing at the scene of a mass shooting in north-east Thailand, may be fined and deported, according to a Nation Thailand report. Assistant National Police Chief Surachate Hakparn, also known as “Big Joke”, has confirmed that the reporters were given permission to enter the crime scene by village health volunteers who have been summoned for questioning.

According to the report, 47 year old Australian reporter Anna Coren and 34 year old British cameraman Daniel Hodge, were arrested at their hotel in Udon Thani and taken to Nong Bua Lamphu police station for questioning. Surachate says they will be fined between 5,000 and 10,000 baht for working as reporters while on tourist visas. They also face additional penalties for trespassing at the crime scene.

“If they are found guilty, they will face punishment before deportation.”

The pair weren’t the first people to trample around the crime-scene. Numerous politicians, VIPs and the assistants were walking around the child care centre, mostly paying tribute to the victims. Attempts to ‘secure’ the crime scene appear to have happened after the CNN incident.

And much of the Thai media reporting, in the immediate wake of the incident last Thursday, was much more graphic and invasive than the story published on the CNN website, which has since been removed.

Last Thursday, a 34 year old former police officer opened fire at the local day care centre, killing 36 people, 24 of whom were young children. The gunman also killed his wife and step-child before setting fire to his pick-up and taking his own life.

A CNN broadcast from the aftermath went viral on Thai social media, angering netizens who questioned how the reporters had gained access to the scene. It’s understood the footage contained graphic images that included bloodstained clothes and items that belonged to the children.

Thai media, in some cases, also broadcast random mobile phone video shot at the scene of the incident, shot by people who were survivors or people who rushed to the aid of the victims. The Thai PM has since asked people to delete any graphic pics and video from their social media accounts.