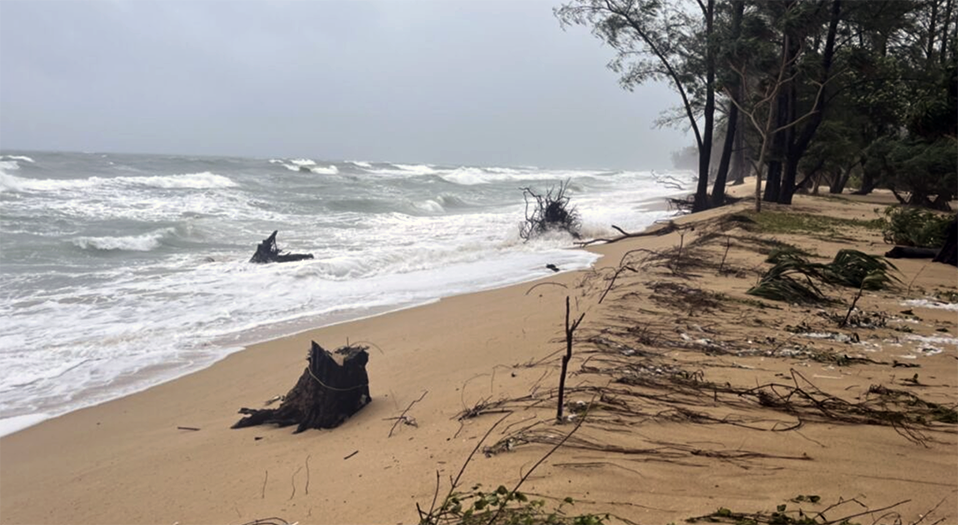 The Thai Metrological Department has warned the wet weather is not over yet, with more heavy rain forecast for the south of the country, including Phuket. The TMD’s latest forecast says the north can expect some cool and windy weather.

The latest conditions are the result of a high-pressure cell over the upper part of the country, bringing cool temperatures and strong winds. In the south, the monsoon in the lower south will bring more heavy rain, with the risk of flash flooding near mountains, hills, and basin areas.

According to the TMD’s website, from today until Friday, southwesterly winds over the Andaman and south of the country will build, bringing more torrential rain to the south. The strong winds will also create waves of between 2 and 3 metres high in the Andaman, rising to over 3 metres during thunderstorms. In the lower Gulf, waves will reach between 1 and 2 metres and over 2 metres during thundershowers. 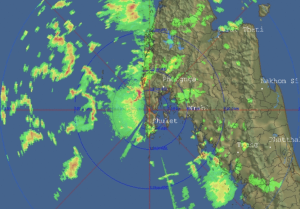 SCREENSHOT: Phuket radar at 9am today

There is a risk of flash flooding and overflows, as well as inshore surges for the southwest coast. All ships are advised to proceed with caution, while small boats are advised to remain ashore between October 17 and 21.

Meanwhile, tropical storm Nesat is now in the upper South China Sea, with sustained winds of around 100 kilmetres an hour and moving west at a speed of around 20 kilometres an hour.

‘Nesat’ is expected to become a typhoon as it moves through southern Hainan towards the coast of upper Vietnam on Wednesday and Thursday, while a high-pressure system over upper Thailand and the South China Sea is expected to cause it to weaken.