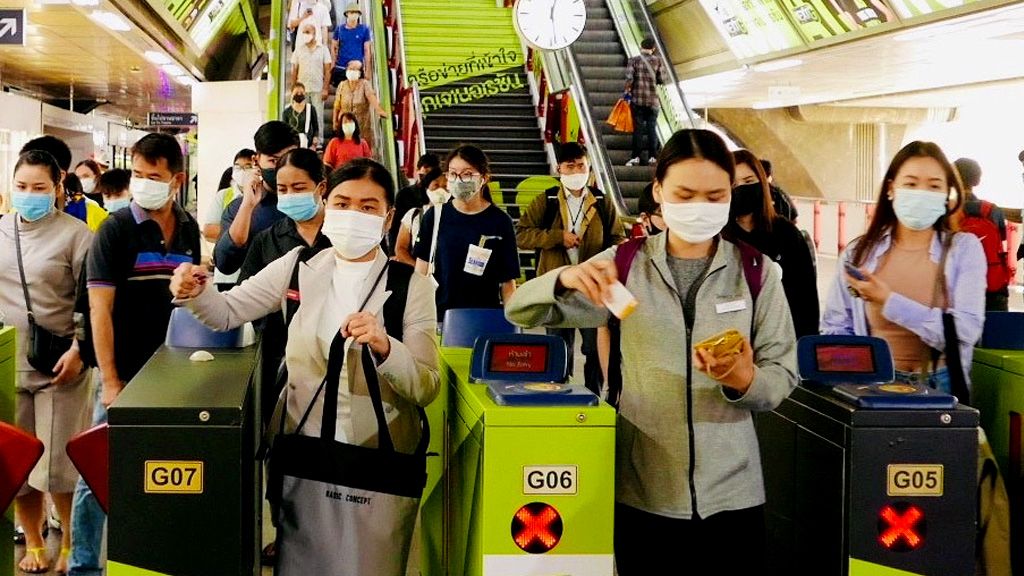 Two announcements from the Public Health Ministry were published in the Royal Gazette yesterday, confirming that Covid-19 will be removed from Thailand’s list of “dangerous communicable diseases”. A Nation Thailand report confirms that the virus is being downgraded to a “communicable disease under surveillance” from October 1.

The announcements have been signed by the Public Health Minister, Anutin Charnvirakul. The downgrading of the virus was agreed as the infection rate continues to fall and the number of severe cases and deaths from the virus also drops, in line with what’s happening globally.

“Thailand now has an adequate stock of vaccines and drugs, while the majority of the population has been vaccinated against the virus. The Public Health Ministry therefore announced the new status of Covid-19 that reflects the current situation, so that related regulations and disease control measures can be adjusted accordingly.”

This Friday, the government’s Covid-19 task force will meet to discuss the current situation with the virus and what additional measures can be introduced to boost tourism and to allow the public to return to normal living post-pandemic.

In its new classification as a communicable disease under surveillance, Covid-19 joins 57 other illnesses including AIDS, dengue fever, and bird flu.

But there’s still a few nasty diseases you can’t enter Thailand with.

• Lymphatic filariasis in the stage that is apparent to the public

• Syphilis in the third stage

The diseases that expats must be free from include…

• Tuberculosis at a dangerous stage

• Lymphatic filariasis in the stage that is apparent to the public

• Syphilis in the third stage.