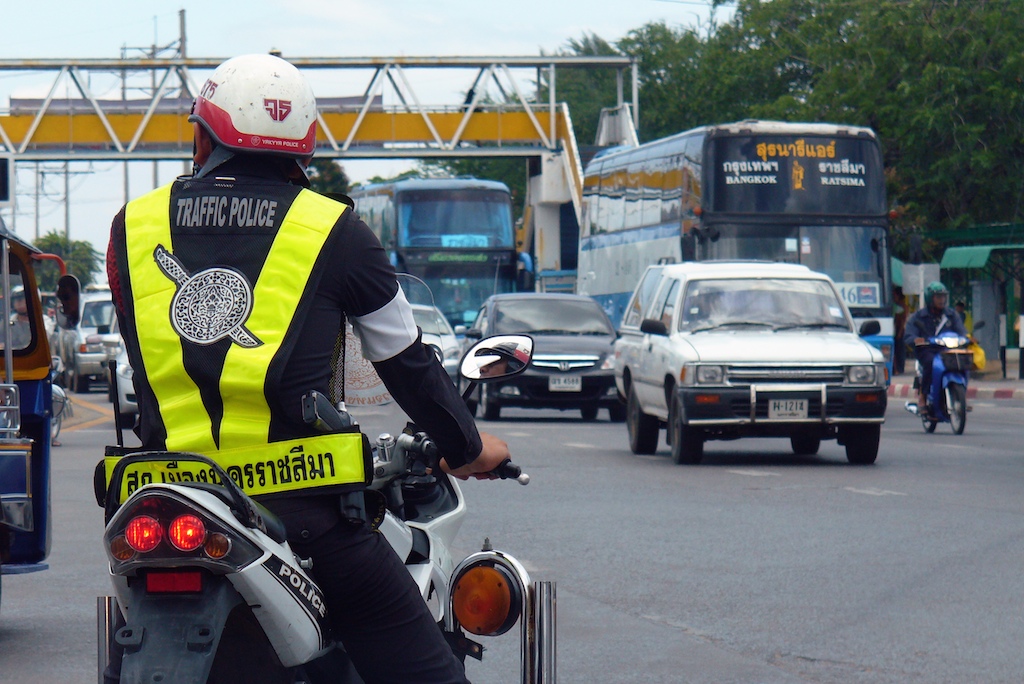 There will be a grace period of 3 months during which traffic police will not enforce new, harsher fines for traffic violations, according to a Nation Thailand report. A senior police officer has confirmed that the 3 month period is to allow a public awareness campaign to take effect.

So we are all now expected to buckle up in the front AND back seats on all passenger vehicles that can carry up to 7 passengers. And there are raised penalties for speeding and drink driving as well now.

Preecha Charoensahayanon from the Traffic Management Centre of the Royal Thai Police says that while the new laws came into effect yesterday, he has instructed officers to stick with the old fine rates for 3 months and to use that time to educate road users about the new, heavier penalties that will soon be enforced.

The decision means that instead of imposing a hefty 4,000 baht fine for exceeding the speed limit, Preecha says officers will fine violators 500 baht during the 3 month grace period.

“This will give enough time to motorists to adapt themselves and obey the new traffic law.”

Once the 3 month period is up, officers will then use a “step-ladder” approach for violations relating to pedestrian safety, such as not stopping at a zebra crossing or a red light. The gradual approach will also apply to failure to wear a seat belt – or a helmet in the case of motorcyclists.

As part of the ladder approach, fines will continue to start at 500 baht, rising to 1,000 baht for a second offence of the same nature. Each offence will be recorded on the online Police Ticket Management system, which will confirm the fines applicable nationwide.

According to Preecha, drink-driving offences committed before yesterday will not be counted in the new system, with the count instead starting from that day.

Some of the heavier penalties being introduced include:

• A one year prison sentence and/or a fine of between 5,000 and 20,000 baht for a first-time drink-driving offence

• A one year prison sentence and/or a fine of between 5,000 and 20,000 baht for reckless driving endangering life