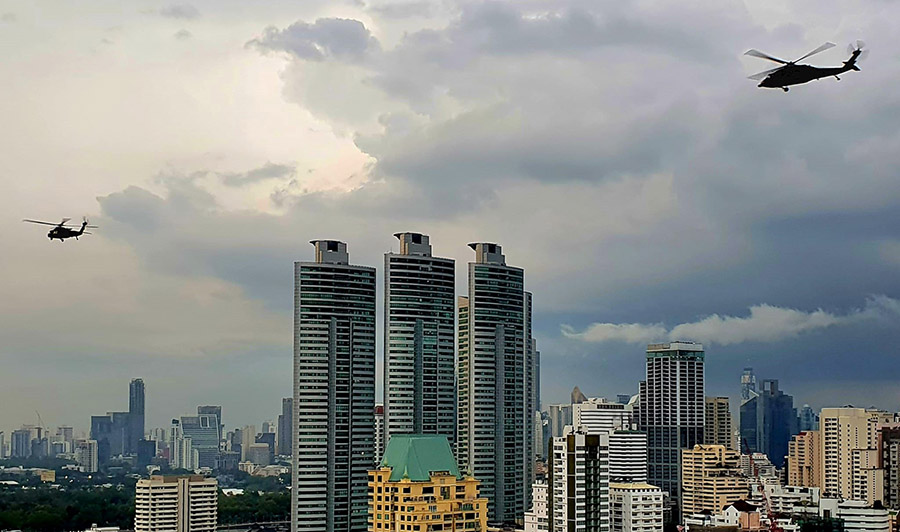 After all the talk, APEC is now here. In Bangkok anyway.

Security has been tightened in Bangkok as Thailand prepares kicks off the official part of the Asia-Pacific Economic Cooperation Summit from tomorrow. On Friday and Saturday, world leaders will gather at the Queen Sirikit National Convention Centre to discuss economic and trade cooperation.

Nation Thailand reports that security has been significantly beefed up ahead of the event, with riot police seen on several roads leading to the venue. Helicopters are also patrolling the skies above the capital and police sniffer dogs are at work around the convention centre.

Meanwhile, national police chief, Damrongsak Kittipraphat, has issued a warning to deter any protesters, saying officers will not hesitate to enforce the law should there be any disruption.

“The security operations carried out by all the officers for this event are of national interest to maintain order. We are providing high level security to ensure the safety of the world leaders attending the meetings.

“As this is a global-level meeting, we don’t want to see any disruption. If any chaos (from political protests) were to happen, the police would have to enforce the law and implement it effectively.”