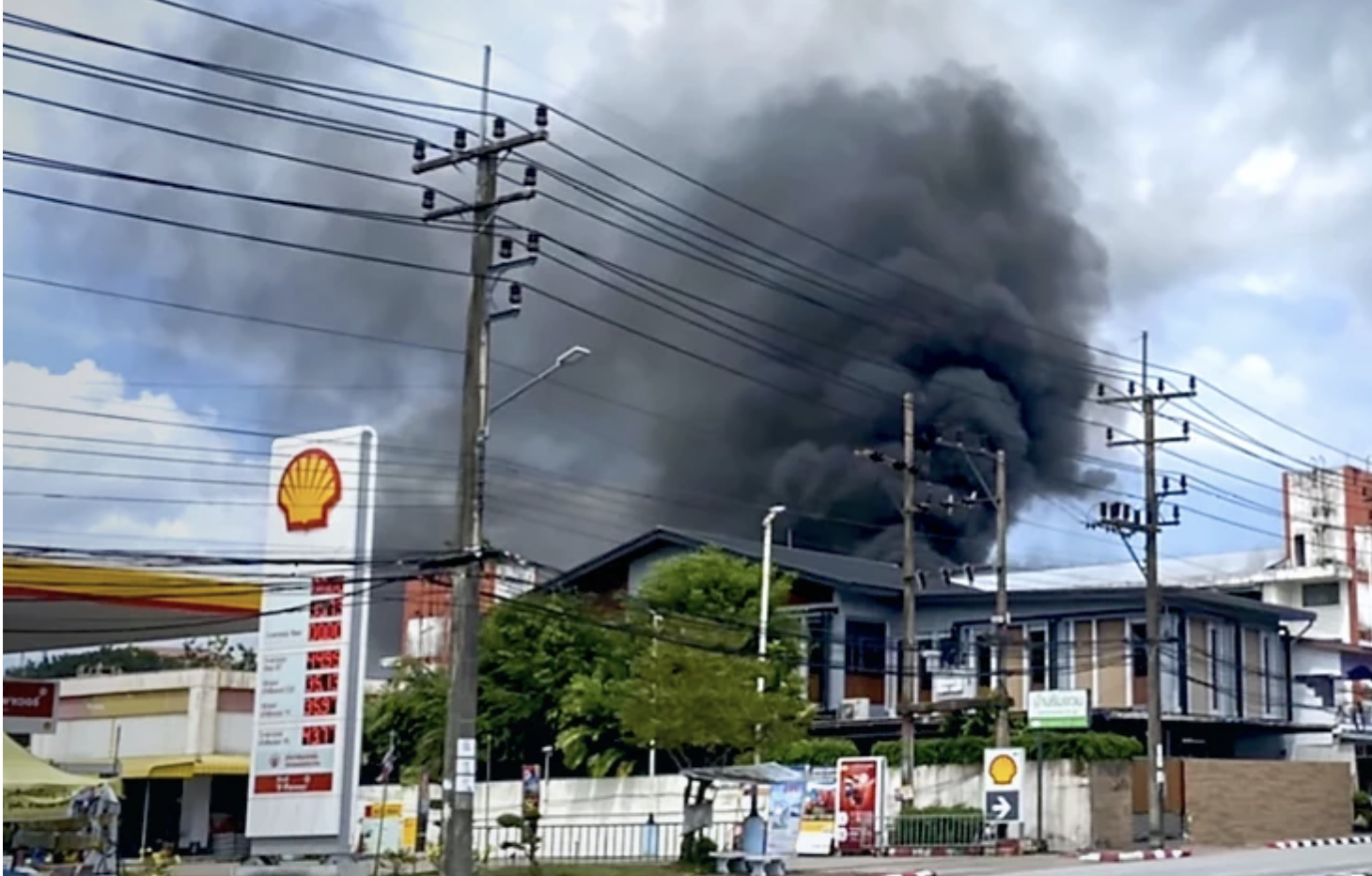 A large car-bomb has exploded in one of the ‘safe zones’ in the town area of Narathiwat, in Thailand’s south this afternoon, killing a policeman and injuring 16. The blast blew off the roof of the car park where the bomb was exploded, sending black smoke over the Narathiwat skyline.

The explosion occurred just before 1pm inside a compound of residential police apartments in the main city district.

Thai PBS World reports that a man, “dressed as a police officer”, drove a pickup into the car park area of the police apartment building and then fled the scene. Shortly after the car exploded.

Although no group has taken responsibility for the explosion at this stage, it is thought to be the latest attack by Malay-Muslim insurgents who have been fighting a battle for southern autonomy for more than 20 years.

The traffic policeman killed has been named as Capt Sutthirak Phanthaniyom. 16 others were injured, many fellow officers and family members who were living at the apartments.

Police later found an unexploded bomb opposite the flats in front of the Nara Sikhalai primary school. It was a classic double-tap attack where one smaller bomb goes off, attracting police and security services, only to have the larger explosion then go off killing many more. The second bomb was removed from the area by explosion ordinance officers.

Emergency services took about 20 minutes to quell the blaze at the apartment block, including cars that caught fire parked in the block.

The southern insurgency has engulfed the three southern-most states for more than two decades – Narathiwat, Pattani and Yala. The insurgency is a complicated battle over borders and land between the northern Malays and southern Thais, with religious influences.

In this article:bomb in southern Thailand, one killed, police in Narathiwat, southern insurgency