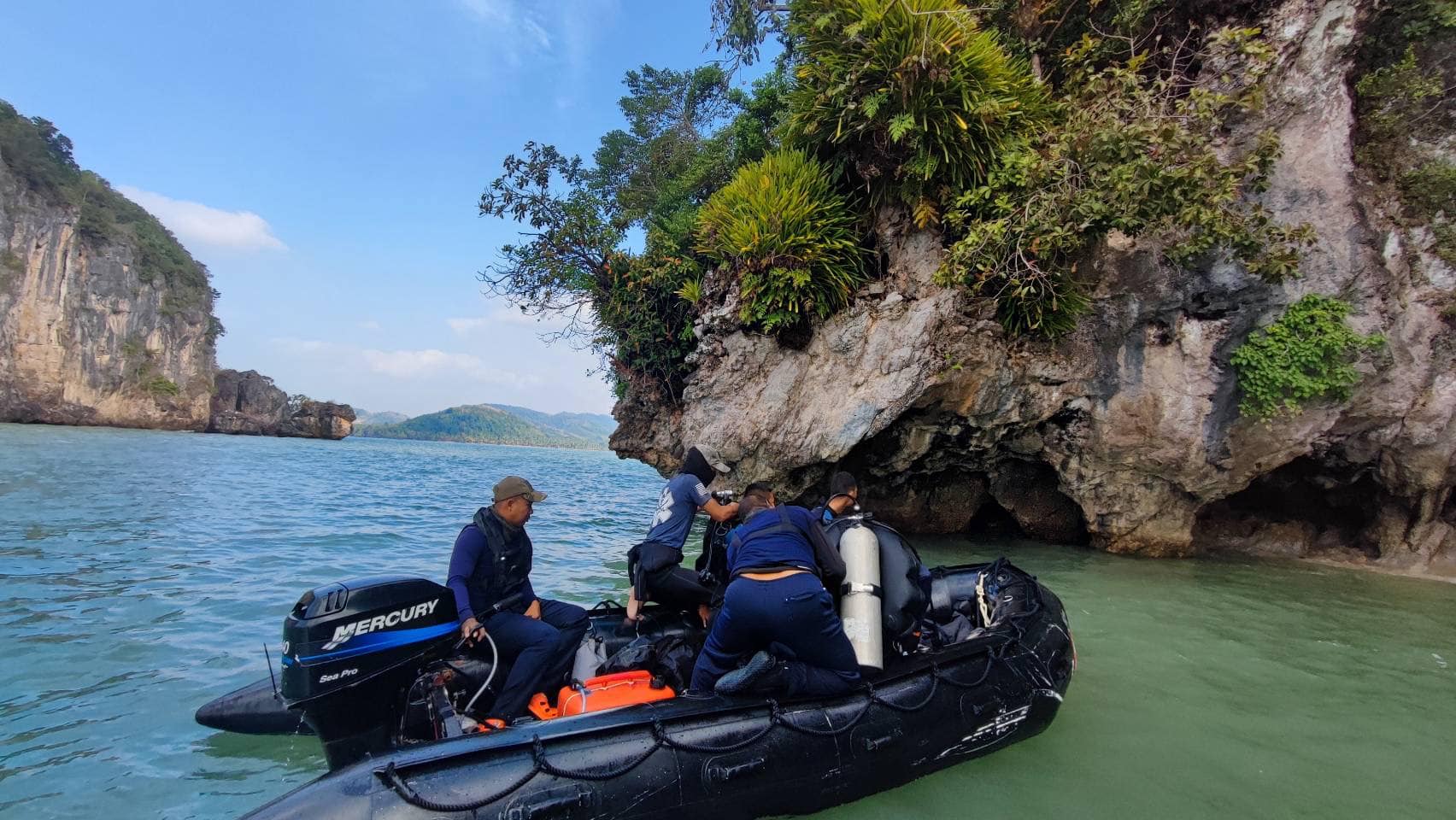 The Royal Thai Navy has called on fishing associations and private local rescue crews to help in the search for missing crewmen following the sinking of HTMS Sukhothai. The Navy corvette sank in rough seas off the coast of Prachuap Khiri Khan on December 18 in the Gulf of Thailand.

The search is now entering day 23 and there are still 5 crewmen missing. Admiral Pokkrong Monthatphalin, RTN spokesman, says search operations are taking place on land and sea, with foot patrols checking beaches and rock formations at several islands in the Gulf of Thailand.

Thai PBS World reports that on Sunday night, a search party was on Koh Samet, off the coast of Chumphon. There have been many para rubber planks found on the island after the sinking of a cargo ship off the coast of Surat Thani’s Chaiya district on the same day the Sukhothai sank.

HTMS Sukhothai was carrying 105 crew when it sank, with 76 rescued, 24 bodies subsequently recovered, 1 body yet to be identified and 5 still missing. Pokkrong says the search operation for the 5 missing crew will continue and the Navy will keep the public updated.