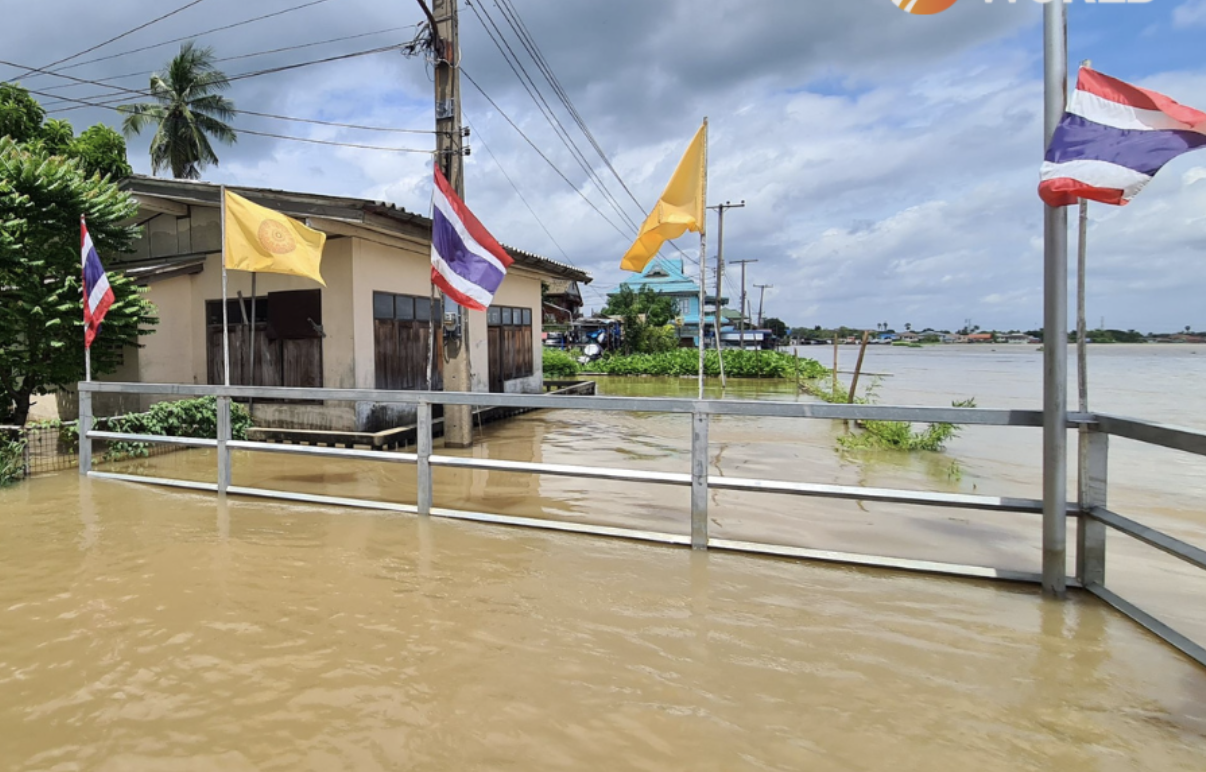 An area just north of Bangkok has been declared a flood disaster zone as the mop up starts following heavy monsoonal rains coupled with the passage of tropical storm Noru through central Thailand last week.

Workers have been clearing mudslides and fallen trees blocking a major highway in the Uttaradit province. Motorists travelling to northern provinces from Uttaradit are being diverted.

In Phichit over 200 households have been flooded by runoffs from the Phetchabun mountains.

In Lampang province, the Hang Chat-Koh Ka road and several communities are also flooded as of this morning. Over 120 households in Mae Phrik district are also under water.

Lop Buri province is reporting its first flood of the year with some areas inundated with water up to a metre deep.

In the north-eastern province of Chaiyaphum some train services are being suspended temporarily after about 50 metres of the track became submerged and damaged, waiting for repairs.

Over 800 hectares of rice fields in Yasothon province remain submerged this morning and the road linking the district with Amnat Charoen province has been closed.

More than 5,000 households are now flooded and many residents are using boats to travel from their houses to roads on higher ground.

Governor Narongsak Osottanakorn announced that relief supplies and survival kits have are being distributed by officials to flood victims and sand bags are being provided to bolster protective walls and dykes.

Other residential areas north of Bangkok say the flood waters rose rapidly after more water was discharged from dams in Ayutthaya province.

Bangkok administrators are bracing themselves for more of the central Thailand floodwaters to continue making their way down the Chao Phraya River this week.