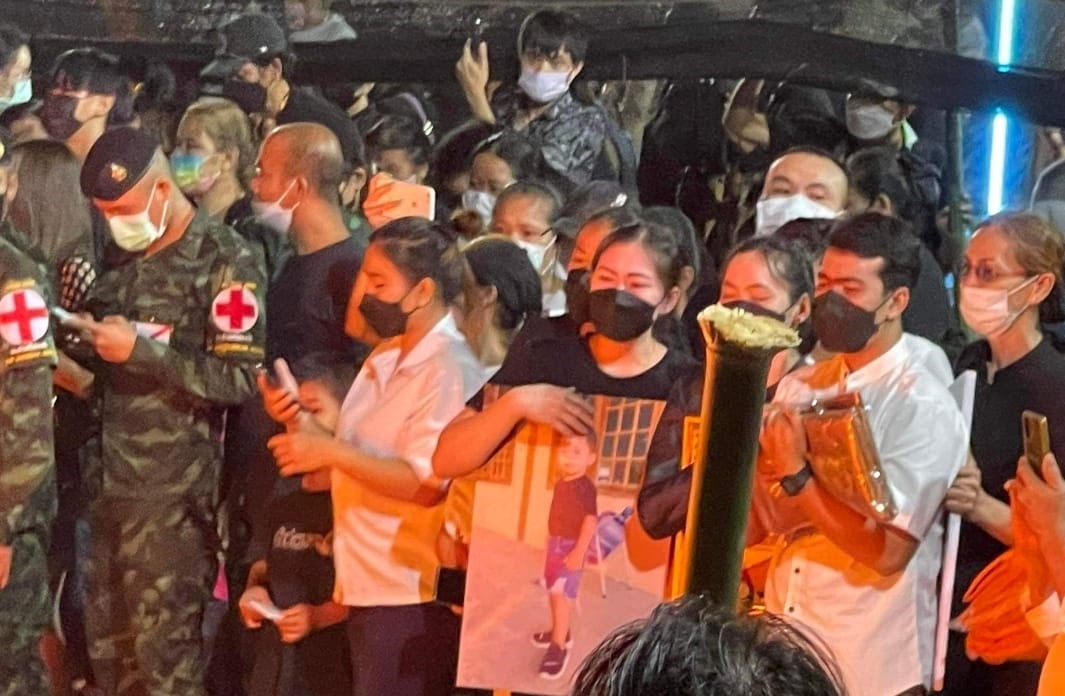 A funeral ceremony has taken place for 18 toddlers and a teacher who died during a shooting and stabbing massacre at a childcare facility last week. Nation Thailand reports that Wat Rat Samakkhi, in the north-eastern province of Nong Bua Lamphu, was crowded with mourners and special marquees had been erected to hold everyone.

Mourners, dressed in black, said tearful goodbyes to the victims of sacked police officer, Panya Khamrab, who killed a total of 36 people, 24 of them children, when he went on a shooting rampage at the nursery. Among the dead are the gunman’s wife and young child, who were gunned down when he returned home following the shooting of his other victims.

Yesterday’s cremation ceremony took place in the district of Na Klang, with 19 funeral pyres constructed for the 18 children and their teacher, who was 8 months pregnant. Many of those in attendance said they were not family members but were there to support the grieving relatives and to show their deep sorrow for what had happened to the victims. Despite several marquees having been erected to contain the mourners, several simply sat on the ground under nearby trees.

A mass cremation for another 11 victims was held simultaneously at Wat Sri Uthai, a neighbouring temple.