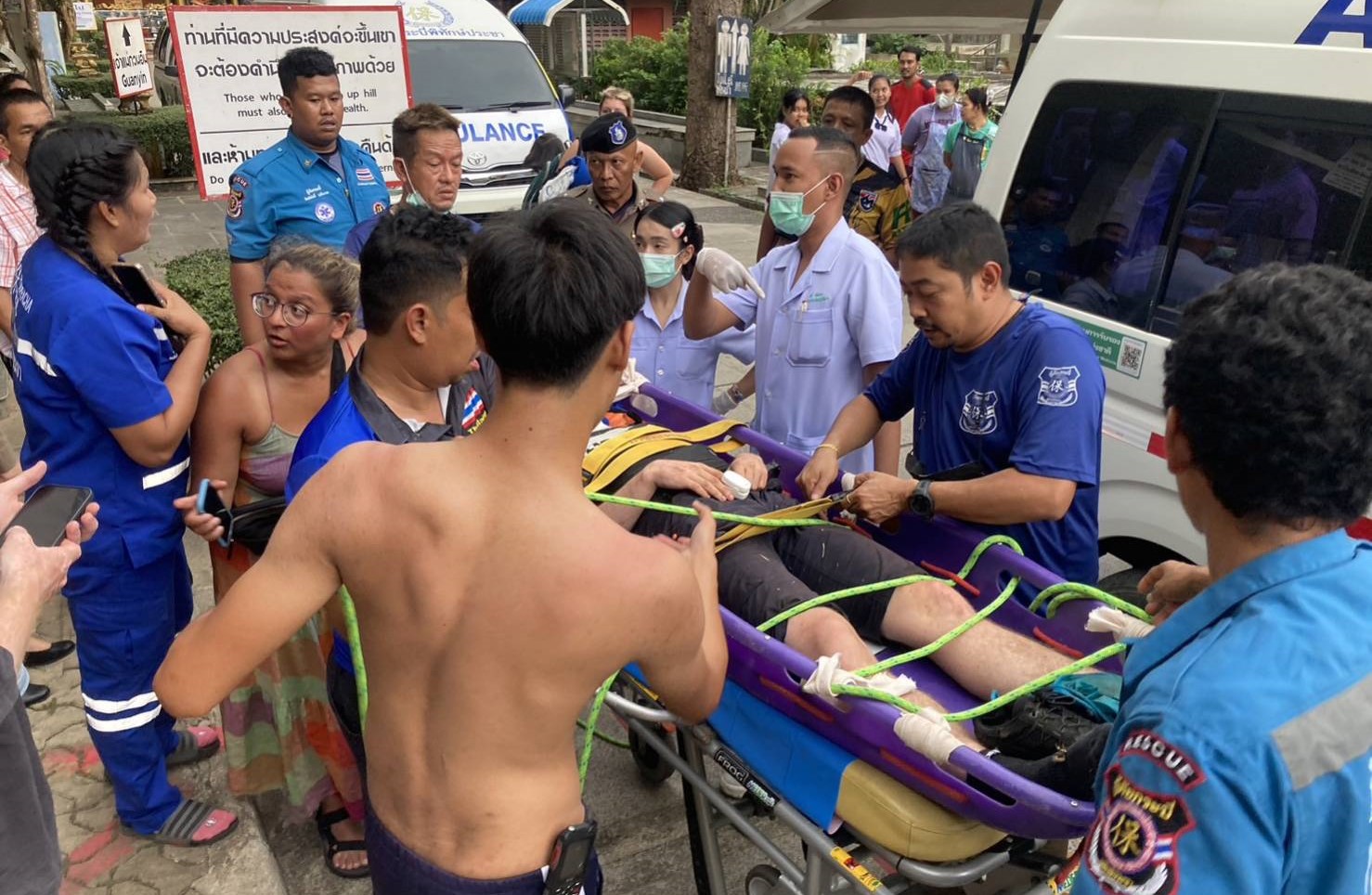 A young German man has been seriously injured after falling at the famous Tiger Cave Temple in Krabi province. The Phuket Express reports that the man fell down a hill at the cave yesterday. The cave has a cascade of steep steps which test even the fittest adventurers as they make their way to the top of the hill and the famed temple and view at the top.

Rescue workers were notified of the incident at around 4pm, with over 10 rescuers dispatched to the scene.

The rescue workers had to climb over 1,000 steps up the hill, while carrying rescue equipment. According to the report, the 19 year old tourist was still conscious, but had sustained serious injuries and was bleeding heavily. Rescuers placed the man on a board and it then took over 2 hours to get him safely down the hill, and the same steep steps, after which he was rushed to hospital.

It’s understood the German man was travelling with friends. The group was at the top of the hill when he fell down about 94 steps of the total 1,143 steps that lead to the summit.

At this stage, it’s unclear how he fell but according to the report, the climb up the hill is an extremely steep one and rescuers have urged other tourists to be careful when attempting it.