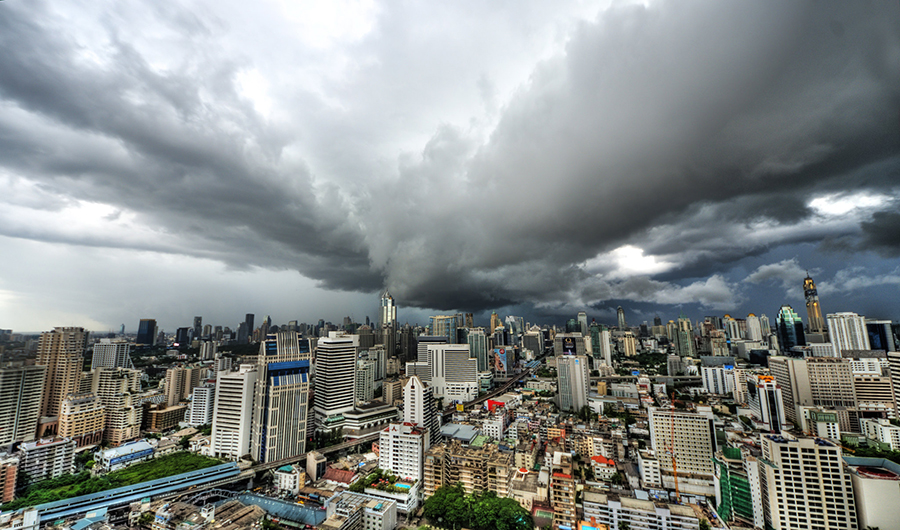 A story that Thailand is about to be hit by 9 storms simultaneously has topped a government list of fake news items circulated on social media in the last week. According to a Nation Thailand report, the Digital Economy and Society Ministry has published a list of rumours and not-to-be-believed stories, including the fake multiple-storm alert.

Ministry spokesperson Noppawan Huajaiman says that while Thailand is no stranger to stormy and wet weather at this time of year, there is no truth to the rumour that the kingdom is about to endure 9 storms simultaneously, causing severe flooding in Bangkok (although low-lying areas around the banks of the Chao Phraya will be subject to flooding this week following last week’s rains).

She says people who want to check the accuracy of weather reports should consult the Thai Meteorological Department’s website instead of believing outlandish claims on social media. The latest forecast can be found at www.tmd.go.th or by calling the TMD’s hotline on 1182.

Meanwhile, here are some of the other “fake news” stories the ministry identified on social media over the last week:

• There are 3,000 newly-created jobs for Thai workers in South Korea, paying monthly salaries of at least 70,000 baht

• People can use the Line app to apply for loans of between 5,000 and 300,000 baht from the Government Savings Bank

• The GSB is texting people encouraging them to apply for 30,000 baht loans

• Members of the public will be able to buy shares for as little as 1,415 baht through the Stock Exchange of Thailand