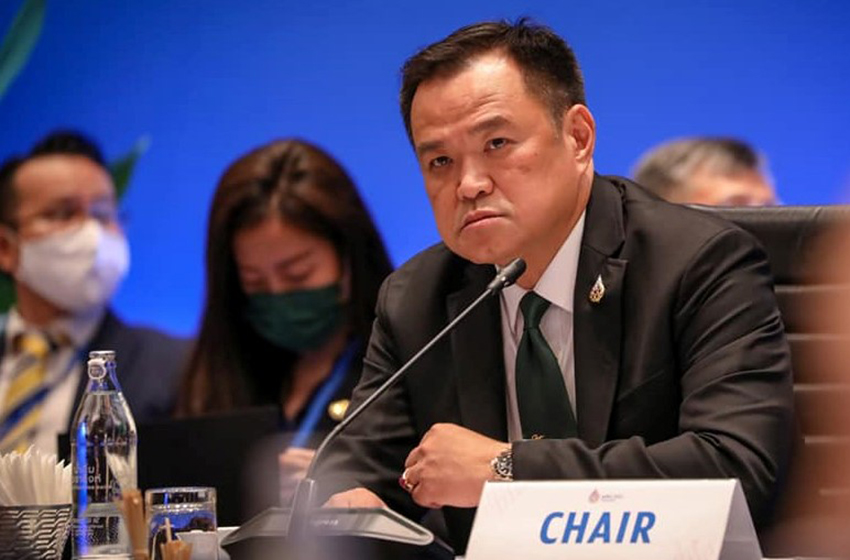 The same enthusiasm he expresses for Thailand’s cannabis future doesn’t not extend to increased opening hours for the country’s nightlife.

Thailand’s health minister, Anutin Charnvirakul, has gone on record to oppose a proposal to extend the operating hours for nightlife. If approved by Cabinet, bars and clubs in designated tourist “zones” would be permitted to remain open until 4am, instead of the current 2am. But the Minister says he is firmly against such a plan.

The proposal was originally put forward by the Tourism and Sports Ministry and Anutin’s stance is confusing many political pundits, given that the tourism minister, Phiphat Ratchakitprakarn, is a member of the Bhumjaithai party, which Anutin leads as part of the ruling coalition.

According to a Nation Thailand report, Anutin confirmed his opposition to the proposal just before a Cabinet meeting yesterday. Earlier, Phiphat had stated that the proposal would be discussed at the meeting and that he would ask members to give it the go-ahead. If approved, the tourism minister said it would take immediate effect in places like Bangla Road in the Patong area of Phuket.

Anutin says the closing time should remain at 2am as he believes Covid-19 is still a threat. He did not expand on how the 2 extra hours could increase the risk of contracting the virus, but also mentioned the risk of an increase in drink-driving incidents.

Nation Thailand reports that, according to some political observers, Anutin may be trying to make up for the flak he’s received over decriminalising marijuana. Several doctors now point to this decision as having caused a spike in the number of young people using the drug recreationally.

Doctors and other groups have also voiced concern about the potential extension to nightlife opening hours, saying it could lead to an increase in drink-driving incidents. The Alcohol Control Committee points to a study that shows such an extension would cause a 27% increase in road traffic accidents.