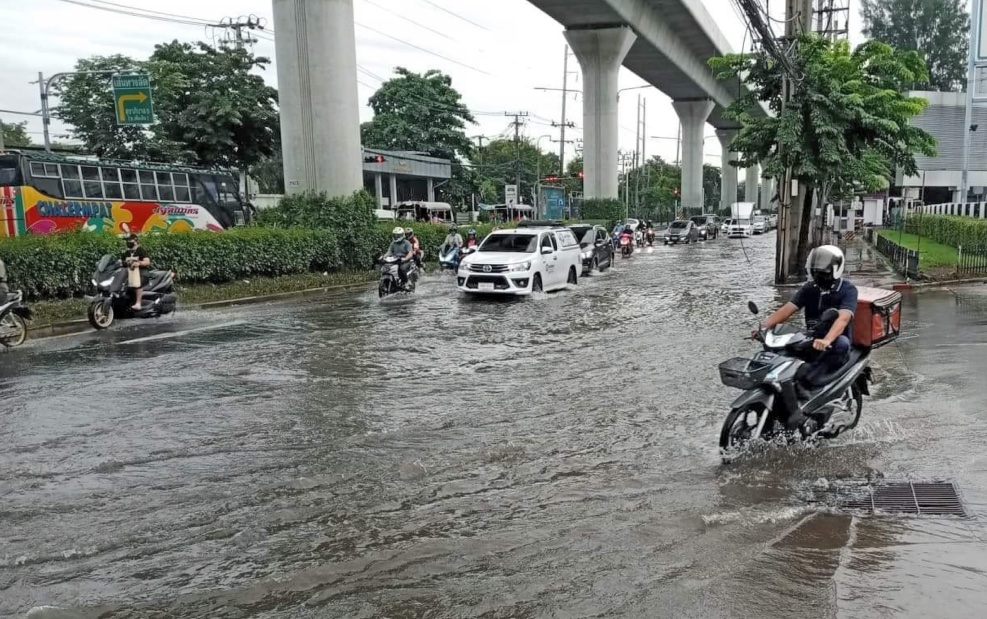 Whilst we have generally fine and sunny weather in Phuket today, it’s not looking good for the Thai capital. City officials in Bangkok are warning that the wet conditions are to continue, with heavy rainfall over the weekend until Monday.

A “perfect storm” of problems is heading Bangkok’s way with high tides in the Gulf of Thailand, floodwaters flowing down the Chao Phraya and heavy rains persisting in the capital.

The Bangkok Metropolitan Administration is also issuing warnings to residents about the risk of flooding. Deputy governor Wissanu Supsomphol was addressing a press conference when he gave the warning, according to a Nation Thailand report.

Wissanu says heavy rain between now and Monday risks worsening the flooding situation in the districts of Lat Krabang, Lak Si, and Bang Khen, which have already been badly affected, along with the Rangsit area of the central province of Pathum Thani. Residents are advised to continue monitoring announcements from the BMA, which will issue flood warnings 3 hours in advance as necessary.

The deputy governor has also reassured residents that, in the event of the city’s roads being flooded, the BMA will provide vehicles and will also liaise with the Royal Thai Army to obtain trucks which can transport people stuck at Skytrain stations.

Meanwhile, Wissanu says officials can cope with the rising Chao Phraya River as existing flood embankments are more than 3 metres in height, whereas the river is about 1.85 metres above sea level. However, he admits that City Hall only has 4 mobile water pumps, which is not enough, and the BMA will therefore have to borrow pumps from the Royal Irrigation Department.