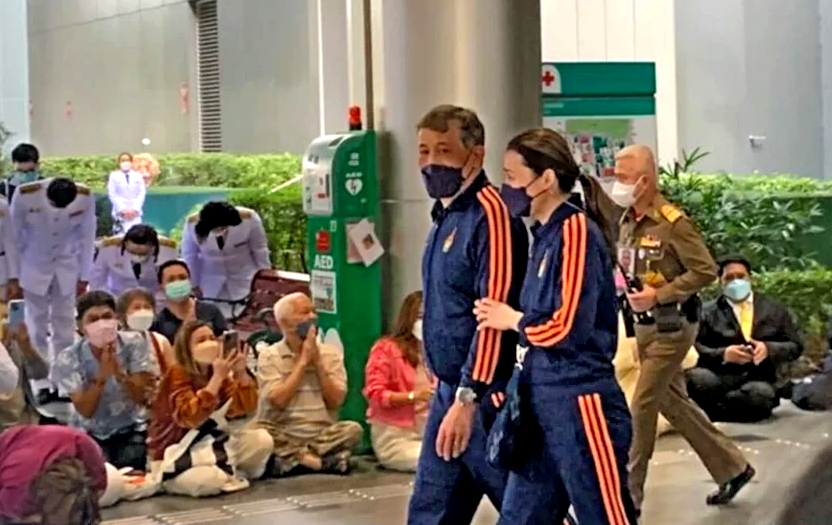 Their Majesties have become infected with Covid-19 along with reported “mild symptoms’, according to an official announcement from the Royal Household today.

“The overall symptoms were not severe.”

The Thai King and Queen have been given treatment and medication and recommended to “refrain from Royal duties”.

Their majesties have visited the King Chulalongkorn Memorial Hospital to visit HRH Princess Bajrakitiyabha yesterday following her admittance to the hospital after being Brough bak to Bangkok following an incident in Nakhon Ratchasima. They were met by hundreds of well-wishers who had attended the hospital to sign a book of good wishes and offer prayers on the steps outside the hospital.

Princess Bajrakitiyabha is HM the King’s oldest daughter and one of three of his children that had been conferred with royal titles to provide an option for a future heir to the Thai throne.