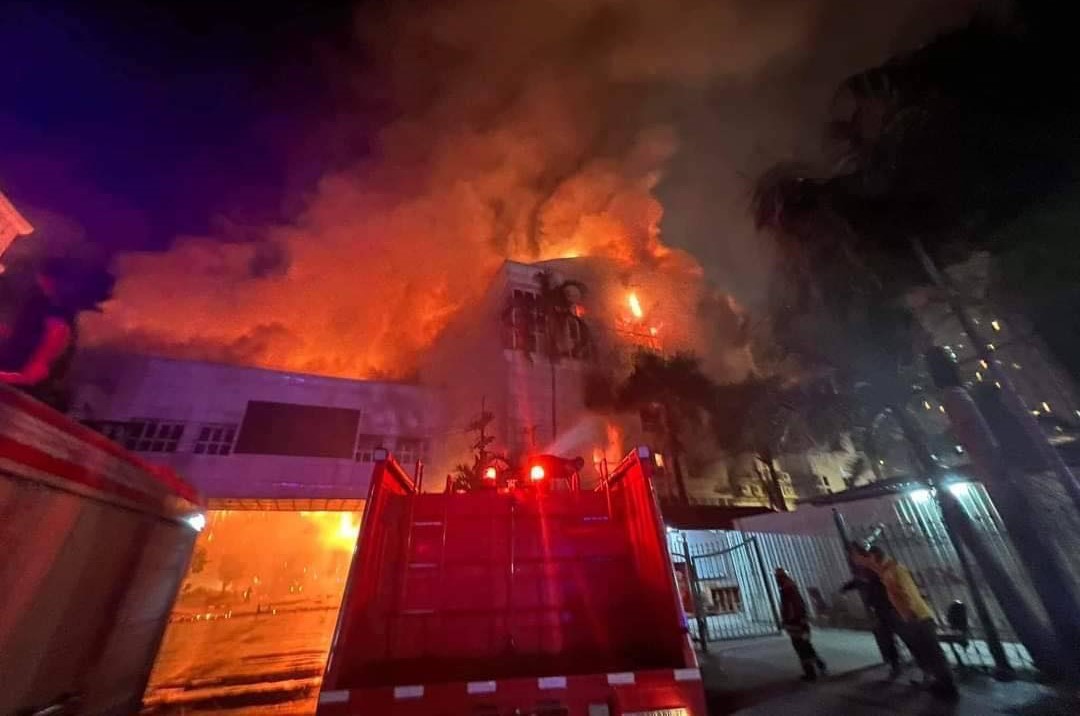 A fire that has broken out at a casino in the western Cambodian city of Poipet is thought to have claimed at least 10 lives. There have also been reports of people jumping from the fifth floor of the building.

Nation Thailand reports that the fire broke out at the Grand Diamond City Hotel and Casino at around 11pm last night, with fire fighters struggling to get it under control. Poipet is situated on the Thai-Cambodian border and popular with Thai nationals seeking work, as well as those who like to gamble.

It’s understood the casino is located about 200 metres over the border from the eastern Thai town of Sa Kaeo and was full of gamblers and workers when the fire broke out. At least 10 people are thought to have died so far and witnesses have reported seeing others jumping from the fifth floor of the burning building.

According to the report, the Cambodian authorities requested the assistance of Thai fire fighters in order to extinguish the blaze. By 5am this morning, it had spread to a bridge that connects the casino building to the main road. People in the area have been evacuated and it has been declared a no-entry zone.

Meanwhile, nearby hospitals have reported a major influx of people injured in the blaze, but there has been no official death toll or number of injured confirmed by the Cambodian authorities yet.