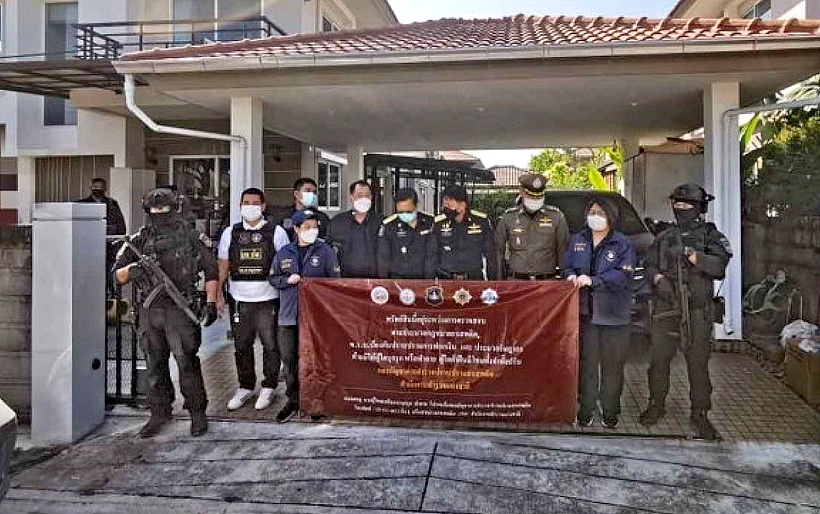 Six people have been arrested and assets valued over 230 million baht seized after major drug raids across the country, from Isaan to the Deep South, Pattaya to Bangkok.

Police have seized 16 homes, the titles for three blocks of land, seven vehicles, eight gold bars and ornaments, and 2.6 million baht, comprising both cash and bank accounts. The total value of the seized assets has been estimated at over 230 million baht.

The co-ordinated raids were conducted in December when 40 different premises were searched in Bangkok, Phuket, Nonthaburi, Pathum Thani, Chon Buri, Amnat Charoen, Khon Kaen, Surat Thani and Trang provinces in the south, according to the Bangkok Post.

Six suspects are already in custody with outstanding arrest warrants for another three suspects. A “Mr Suwat”, arrested in Bangkok, is believed to be the king pin in the drug operation.

Police say the operation is a follow up to another operation at the start of 2022 when drug enforcement officers seized 1 million methamphetamine pills in the northern suburbs of Bangkok.