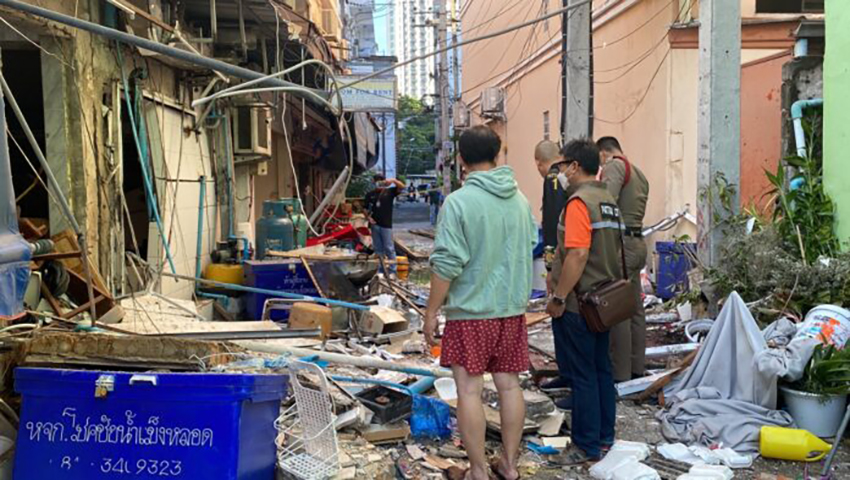 A Pattaya restaurant has been ripped apart in a major explosion in which a Lao man has been left with serious injuries. The 29 year old man, named only as Khith, was seriously injured when an explosion tore through a 2-storey shophouse in the Bang Lamung district yesterday. The victim is being treated at Pattaya Memorial Hospital.

It’s understood the blast ripped apart a Hainanese chicken rice restaurant, with the force of the impact flinging kitchen equipment across the pavement. Neighbouring buildings have also been damaged in the blast, which police suspect was caused by a gas leak. The area has been cordoned off and access to the shophouse forbidden due to concerns the building may collapse.

An investigation has been launched to confirm the cause of the explosion, with police at the scene sifting through wreckage for evidence and taking photographs of the damage, which is estimated to be over a million baht.

The owner of the building, a 56 year old man named only as Paisan, says he raced to the scene when notified of the explosion, adding that, despite the severity of the blast, all the restaurant’s gas cylinders remained intact.