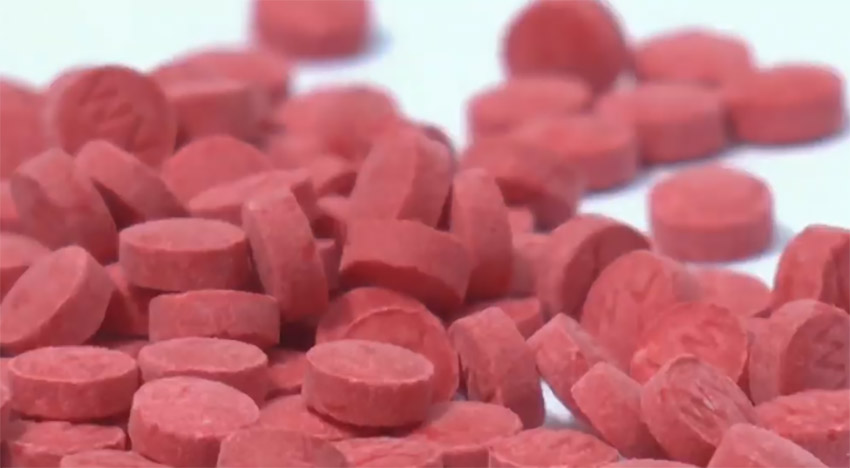 Thai police have launched a manhunt for the person they see as the key player behind a smuggling operation of 10 million methamphetamine pills. The pills were seized in 2 separate raids in the north-east of the country last week. According to a Nation Thailand report, 5 suspects have been arrested and 3 vehicles seized.

National Police chief Damrongsak Kittiprapas says the authorities are stepping up their crackdown on drug smuggling, following the recent mass shooting of 38 people, including 24 children, by a former police officer who is believed to have abused drugs.

On October 19, police acting on a tip-off searched a suspicious vehicle in the north-eastern province of Maha Sarakham after it stopped at a petrol station. Officers found 4 million meth pills in 10 sacks. It’s understood the vehicle had entered Thailand from Laos via Mukdahan province, then travelled through Roi Et to Maha Sarakham.

The driver of the car, named only as Adisak, along with two accomplices named as Anucha and Wiphada, were arrested, with 2 handguns seized from the suspects.

A second raid took place when officers searched a pick-up truck at traffic lights in the Thawat Buri district of Roi Et. Two men, named as the driver Sujit and his passenger, Natthamongkol, were arrested. Police found 6 million meth pills in 16 sacks. The arrested men told officers they’d been hired to transport the drugs from Nakhon Phanom to a customer in the central province of Ayutthaya.

Officers say they believe the drugs came from traffickers operating in the north-east of the country, who bring the narcotics in from Laos. While the search for the mastermind of the operation continues, police say they believe the same gang is behind a shipment of around 825 kilos of crystal meth that was intercepted in 2019 and again last year.