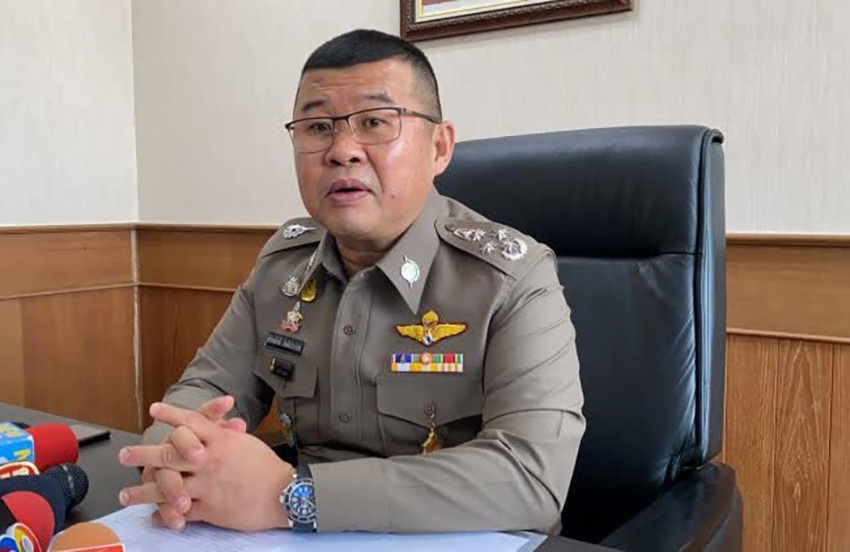 Thailand’s national police chief has announced that he will take over the investigation into alleged Chinese crime boss Chaiyanat Kornchayanant, aka “Tuhao”. Damrongsak Kittiprapas is stepping in, following complaints from Chuvit Kamolvisit, who has accused police of dragging their feet in the probe.

Last week it was alleged that the deputy police commissioner and ‘fixer’ Surachet Hakparn, was also a classmate of some of the people being investigated over a massive isa-for-cash scandal involving her 3,300 Chinese.

Meanwhile, Chuvit Kamolvisit, aka. the massage parlour tycoon, who brought a complaint against Chaiyanat has alleged that the Chinese national (and Thai citizen) was running 5 criminal networks in Thailand.

Damrongsak has expressed frustration that Chuvit continues to leak information to the public in relation to a Chinese criminal gang, as well as making allegations of bribe-taking at Thai Immigration.

“To prevent misunderstandings over what Mr Chuvit said regarding the police investigation, I will closely supervise and direct the investigation. I strongly believe this investigation is for real, not for show as accused.”

The Bangkok Post reports that the investigation was previously being supervised by deputy national police chief, Surachat Hakparn. To date, 9 suspects, including Chaiyanat, have been arrested over alleged money laundering, drug smuggling and immigration issues.

Chuvit has claimed that only 6 of the arrested suspects underwent urine drug tests on October 26, following a police raid on the Jinling bar in Bangkok. Damrongsak has dismissed this claim, saying 104 people tested positive for drugs at the scene of the raid, with 77 of those later confirmed positive by further testing at Thanyarak Hospital.

Of those, 66 suspects admitted to drug use, while the others denied it. One of the 77 also managed to flee from custody, but Damrongsak says the remainder will be prosecuted.

“The police are widening their investigation, seizing assets linked to the gang and tracking more suspects believed to be involved.”