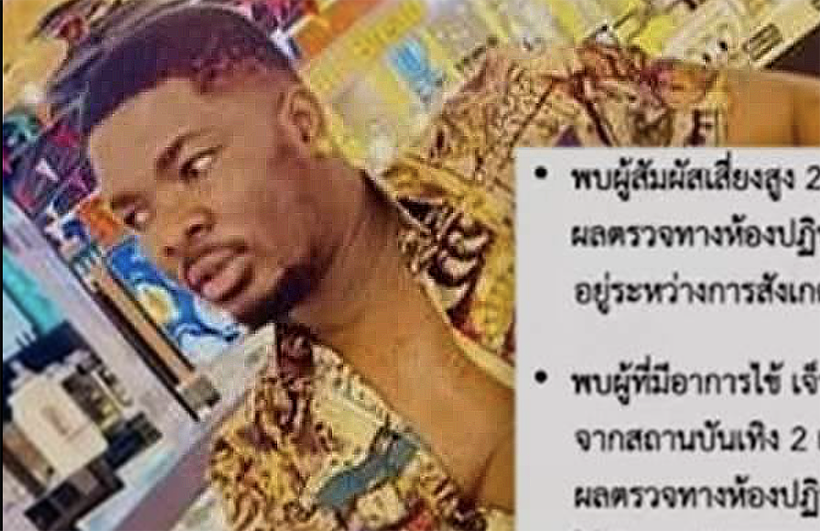 Monkeypox in Phuket search for Nigerian

The Nigerian man, originally detected in a Phuket hospital as the first case of Monkeypox in Thailand, has been arrested in Cambodia. Police in Cambodia arrested the 27 year old traveller who fled over the border at Sa Kaeo, a popular border crossing in Cambodia.

He was arrested yesterday afternoon at a market in Phnom Penh, the Cambodian capital, about 300 kilometres from the Thai border.

He was handed over to the Cambodian Ministry of Health because of his viral status. Cambodian officials urgently started to trace where the man had been and who he had been in contact with since crossing into Cambodia.

The man crossed into Cambodia on Friday after police were able to track his mobile phone signal.

The Khmer Times reports that the man was originally heading for the Cambodian seaside resort town of Sihanoukville but instead made his way to Phnom Penh, which “has a large Nigerian expat community”.

Thai police note that he had been helped in his evasion of Thai police by “other people”. He not only evaded police in Phuket, he was able to leave the island undetected, and travelled some 14 hours by road to Thailand’s eastern border with Cambodia.

Thailand’s Public Health Minister Anutin Charnvirakul claimed that police and Centres of Disease Control officers had already tracked down everyone who had close contact with the man.

“As of now, new monkeypox cases have not been reported. People have no need to worry as every member of the at-risk group is being closely monitored by the department.”

The man originally boarded an Ethiopian Airlines flight to Suvarnabhumi Airport on October 21 last year with an ED visa to study at a university in Chiang Mai until the start of the year.

He had visited Trang province in Thailand’s south in June and made his way to Phuket in July. Officials report that the man went to a private hospital on the island on July 16, 7 days after he developed symptoms including “a fever, coughing, a sore throat and runny nose”. He also had a rash and classic monkeypox lesions on his genital area that had already spread to other parts of his body.

The hospital tried to contact the man, directing him for treatment at the Phuket’s largest public hospital, Vachira Phuket Hospital in Phuket Town, but he had turned off his mobile phone. Officials went to his apartment at DCondo in Kathu to arrange treatment but he was already gone.

142 people have been traced and some tested to find out if the man’s activities whilst in Thailand have resulted in additional infections. He already admitted to doctors at the Phuket private hospital that he had had multiple, unprotected sex partners whilst visiting Phuket.

In this article:arrested in Cambodia, first case in Thailand, monkeypox, Nigerian man