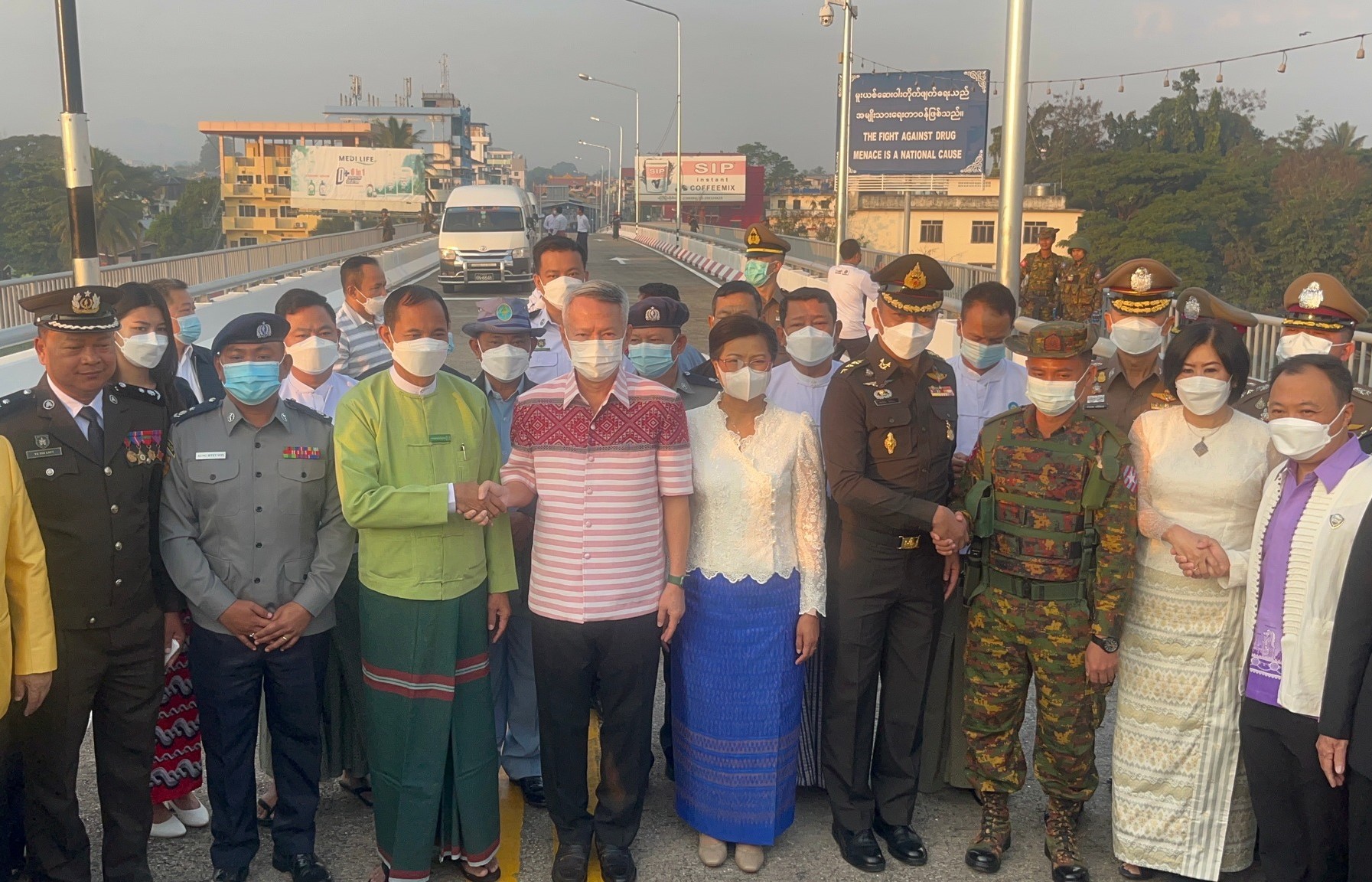 The Thai-Myanmar Friendship Bridge, connecting the northern province of Tak and the Burmese town of Myawaddy, re-opened yesterday, with officials from both countries in attendance. The bridge had been closed for over 3 years due to the Covid-19 pandemic.

Nation Thailand reports that a ceremony was held to mark the re-opening, with senior Thai and Burmese officials taking part. Somchai Kitcharoenrungroj, Governor of Tak province, was joined by his Burmese counterpart, U Zaw Tin.

Both Thai and Burmese businesses on either side of the bridge were in favour of the re-opening, saying it would help both countries and their economies by improving tourism, trade, and investment. Many meetings were held between officials from both sides in preparation for the re-opening, according to the report.

Officials are now hopeful that tourism will recover and more people will visit the area. Both tourism and trade took a significant hit during the 3 years the bridge was closed.

The Mae Sot border checkpoint is located on the Thai side of the bridge and security measures have been ramped up along the border, with sniffer dogs being used to patrol the Thai side.