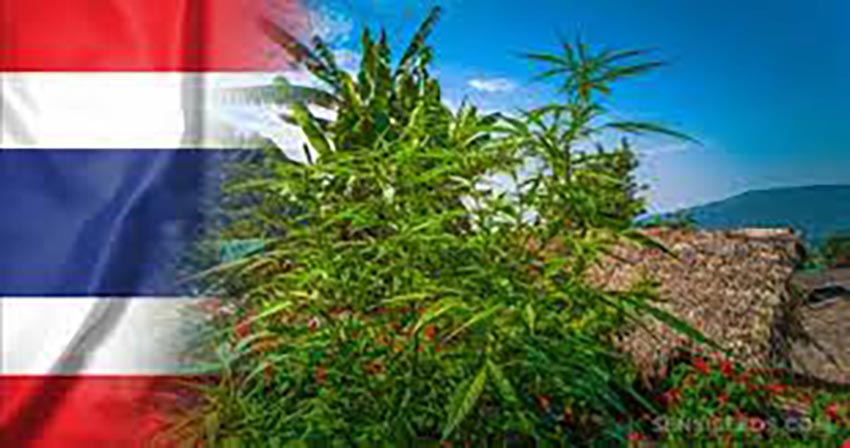 Politicians are urging the Thai PM to reverse a decision to remove cannabis from the Category 5 narcotics list, according to a Thai PBS World report. Opposition parties and members of the coalition Democrat Party are urging Prayut Chan-o-cha to think again about decriminalising cannabis.

The debate puts the Democrat Party at loggerheads with their fellow coalition MPs from the Bhumjaithai Party. Bhumjaithai leader and Public Health Minister, Anutin Charnvirakul, has been the main proponent of cannabis decriminalisation, even making it his party’s main election promise back in 2019 (his BhumjaiThai party gained 51 out of 500 lower house MP seats).

The cannabis bill has already passed its first reading in the House of Representatives, with second and final readings due to take place during this Parliamentary session. However, there is growing discontent with the bill, with opponents claiming it will lead to more young people using the drug recreationally. They are also complaining that many of their suggestions to tighten up problems in the existing bill have been ignored in the rewrite.

The group points out that 6 months after the drug was removed from the Category 5 drugs list, more young people in Thailand are using it recreationally. Opponents claim that the recreational use of cannabis is putting young people at risk of addiction or potential psychiatric disorders.

They are urging the Thai PM to reinstate the drug on the Category 5 list.